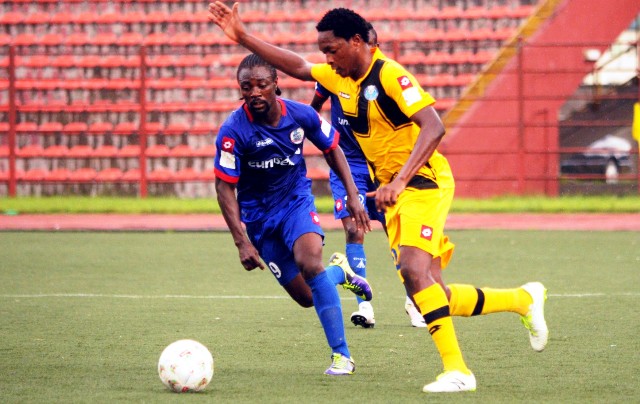 As football clubsides gear up for the resumption of league and other activities, post COVID-19, the Rivers State Government has taken steps to ensure that Rivers State football clubs have a standard and comfortable home ground for their matches.
To this end, the imposing mainbowl of the Adokiye Amiesimaka Stadium has been slated to host Rivers United’s continental and domestic engagements as well as other state-owned teams, particularly, Rivers Angels Football Club.
Speaking to sports journalists last week after a tour of the stadium and the Elekahia camp of Rivers United, Commissioner for Sports, Hon. Boma Iyaye said, “As you are all aware, our former ground for home matches, Yakubu Gowon Stadium is currently being used as Isolation Centre for COVID-19 since March when the pandemic struck.
“We have moved our home ground to the Adokiye Amiesimaka Stadium. Our dear governor, Chief Nyesome Wike has graciously approved and released money for the upgrading of facilities at the stadium,, particularly, the football pitch, which is being regrassed. “I am highly impressed with the level of work going on there, in a few weeks, that job would be completed.
“Also, the Rivers United camp at Elekahia is undergoing massive renovation to make it more modern and comfortable. Work is going on there at the moment and we need to push the contractors to deliver on time so that the team would be at their based as soon as possible. We want to make sure that the camp is ready as we hope to resume regular camping activities at the place as soon as restriction on sports and sporting activities are lifted,” said the commissioner.
The tour to the facilities revealed massive renovation and upgrading works. At the Adokiye Amiesimaka Stadium, both the mainbowl and training pitches have been regrassed with modern water sprinkling technology to keep the pitches green at all times.
It is expected that the mainbowl’s pitch would be ready for use by the end of next month.
“We want to appreciate the governor for approving the money to renovate the facilities and his commendable commitment to sports development,” added Iyaye.
By: Gabriel Nwanetanya