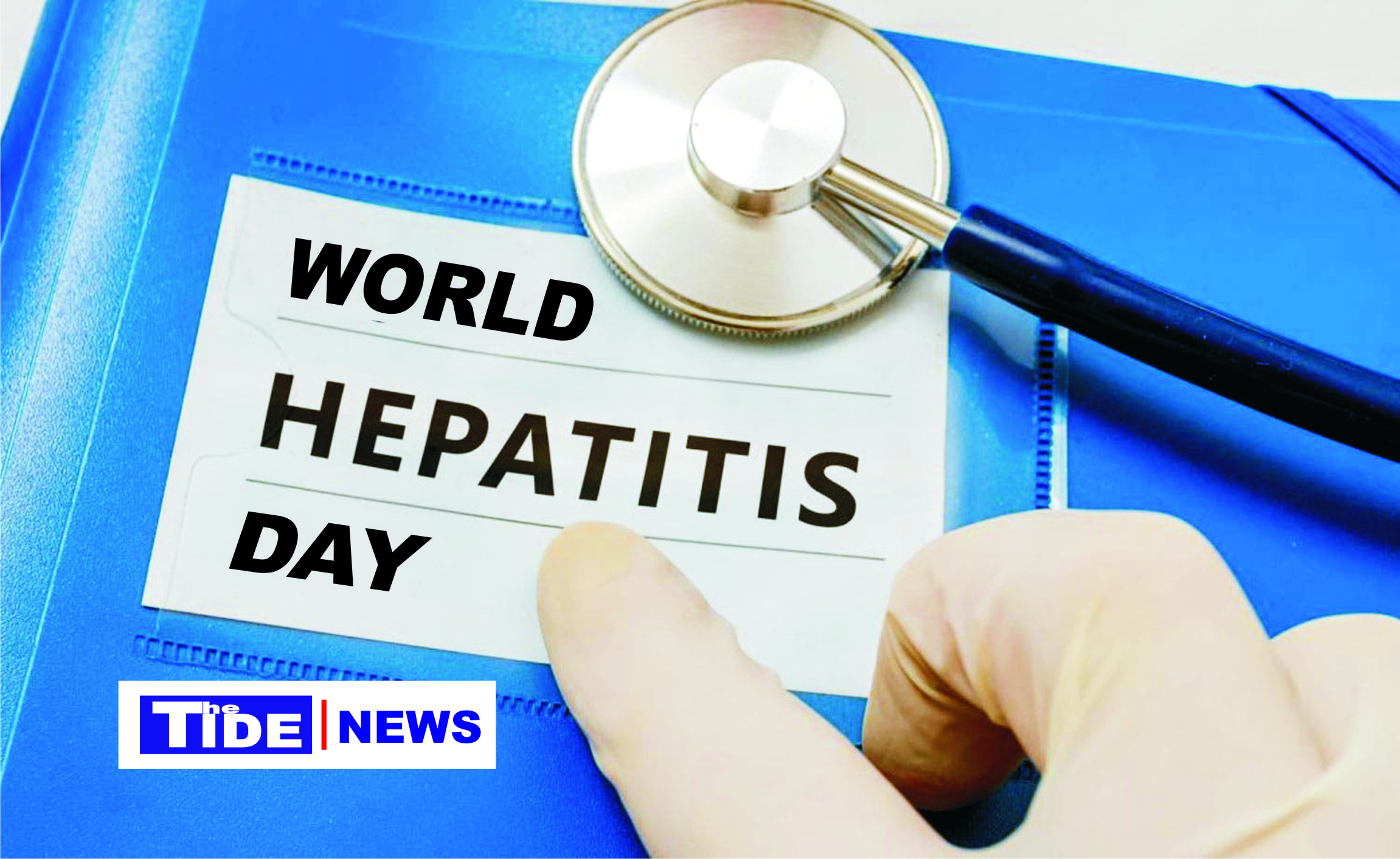 As the world marks the 2020 World Hepatitis Day (WHD), the Rivers State Government says an estimated 19 million Nigerians are infected by the disease.
Making this known, yesterday in a radio broadcast in Port Harcourt, the Rivers State Commissioner for Health, Prof Princewill Chike, said the figure was in accordance with the National HIV/AIDS Indicator and Impact Survey (NAIIS) 2018.
According to Chike, “Nigeria bears a huge burden of viral hepatitis with a prevalence of 8.1% for Hepatitis B, and 1.1% for Hepatitis C, translating to an estimated 19million people for Hepatitis B and C, including co-infections of both”.
Noting that both hepatitis B and C are preventable, the commissioner stated that hepatitis B vaccine provides life-long immunity, adding that the vaccine was available in both public and private health facilities in the state.
“While hepatitis B is treatable, there is a cure for hepatitis C”, he said.
Chike, therefore, urged Rivers people to get tested in order to determine their status, saying that “early testing means early and timely treatment can be commenced to prevent complication and save lives”.
He stated further that the Rivers State Government has designated the Rivers State Teaching Hospital as the epicentre for the testing and treatment for hepatitis.
The commissioner further explained that, “the technical working group is also meeting to ramp up efforts towards the elimination of viral hepatitis”.
The state health boss also urged Rivers people to be proactive in the prevention of hepatitis in the state by raising awareness and support in prevention, testing and treatment services.
The WHD is marked yearly on July 28 to raise awareness on the global burden of viral hepatitis towards enhancing its elimination.
Similarly, the Bayelsa State Government, yesterday, marked the year 2020 edition of the World Hepatitis Day with a charge on residents of the state to be vigilant, and support the government’s efforts to eliminate the disease in the state.
Addressing newsmen at a press conference held as part of enlightenment campaign on the dangers of the viral disease in Yenagoa, the state capital, the Permanent Secretary, Ministry of Health, Dr Inodu Apoku, stressed the need for medical checkups by intending couples and partners to ascertain their hepatitis status before and after marriage to avoid transmission to children during delivery.
Apoku lauded the state Governor, Senator Douye Diri, on his support and timely intervention on issues concerning the health and wellbeing of Bayelsans since his assumption of office.
He said that though not much attention has been given to hepatitis by the people, but added that available medical statistics show that about 1.4 million lives were lost to the disease annually.
The permanent secretary, who also doubles as the deputy chairman of the state’s Covid-19 Task Force, hinted that there were five types of the disease, including Hepatitis A, B, C, D and E.
He regretted that of all, Hepatitis B and C were deadliest, affecting over 350 million people globally.
He reiterated government’s commitment towards ensuring that Bayelsans were enlightened continuously on the importance of periodic medical checks, emphasising that Hepatitis B and C were 10 times more prevalent and dangerous than HIV/AIDS.
According to Apoku, Nigeria has one of the highest burden of viral Hepatitis in the world with 11 per cent prevalence of Hepatitis B and 22 per cent prevalence of Hepatitis C, hence the need for the creation of awareness on the disease.
“Nine in every 10 persons infected with viral hepatitis are not aware of their status, and so, the World Hepatitis Day celebration creates an opportunity to educate the general population about the burden of these infections with the aim of enlightening people on how to combat viral hepatitis and empower them to take action to prevent these infections”, he said.
“The World Hepatitis Day is commemorated globally on the 28th day of July each year to create awareness on viral hepatitis and to recommit as well as mobilize the global community on the path of elimination of viral hepatitis by the year 2030”, he added.
“The World Health Organisation (WHO) has tagged this year’s activities: Hepatitis Free Future (Hepfreefuture) with a strong focus on preventing Hepatitis B (HBV), among mothers, and new born through safe and effective vaccination”, Apoku said.
The theme for this year is: “Find The Missing Millions”.
Meanwhile, as Nigeria joined the rest of the world to commemorate the World Hepatitis Day, yesterday, Federal Government said it’s working on modalities that would reduce chronic hepatitis B virus infection to less than 2 percent in children below five years.
The government also disclosed that it has made significant progress in the area of Hepatitis B birth dose vaccination through domestic contribution to financing vaccination and expand access to services.
The Minister of health, Dr. Osagie Ehanire, in a statement, yesterday, to mark the 2020 World Hepatitis Day, said the government has launched the roadmap to set up a state viral hepatitis programme, that would, expectedly, facilitate the realization of the dream.
He said that the essence of the global commemorative day was to raise awareness about the hepatitis, and also stress the need for the people to be cautious to avoid getting infected with the deadly disease.
Ehanire confirmed that Nigeria is endemic for both viral Hepatitis B and C, recalling that, in 2018, Nigeria conducted a National AIDS Indicator and Impact Survey (NAIIS), which indicated a prevalence of 8.1 per cent for Hepatitis B (HBV) and 1.1 percent for Hepatitis C (HCV).
The minister added that the NAIIS survey estimated that about 20 million people are chronically infected, and larger percentage of them are unaware of their status because they have not tested.
Ehanire said that Nigeria recognizes the importance of vaccination as a critical intervention to eliminate HBV infection by 2030, hence the nation was one of the first African countries to introduce a birth dose of HBV vaccine in 2004.
The minister added: “Furthermore, we established the National Viral Hepatitis Control programme in 2013, to coordinate all national efforts and through this, developed national documents, including policies, a strategic plan, guidelines, training materials and a treatment centre directory, which are in use.”