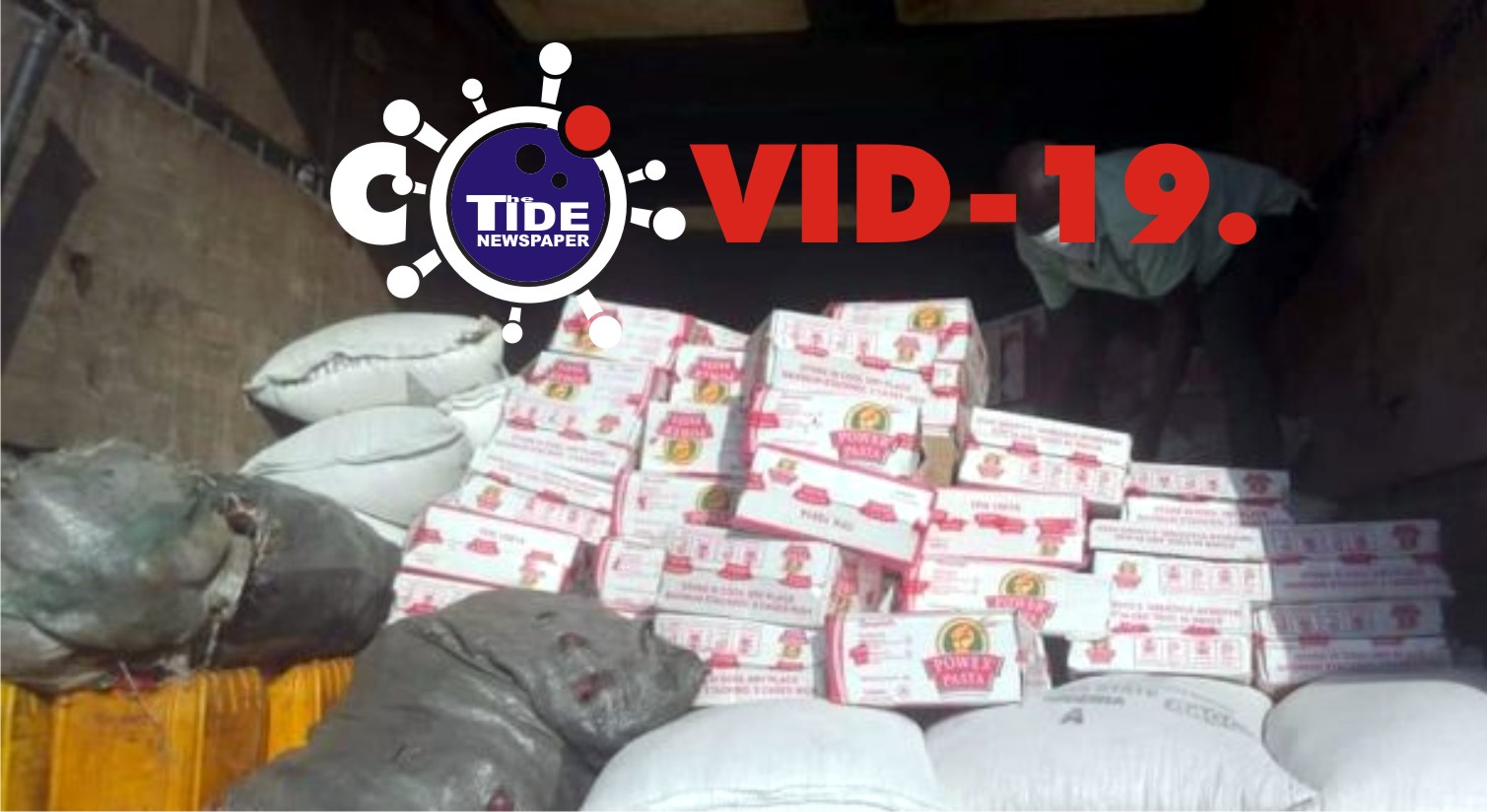 Rivers State Governor,  Chief Nyesom Wike has distributed foodstuffs to the people of Ahoada East Local Government as part of his support for them as the State Government fights the spread of coronavirus.
Governor Wike who was represented by the Chairman of Rivers State COVID-19 Palliatives Committee,  Ambassador Desmond Akawor said the foodstuffs are meant for the less privileged in the 13 wards of the LGA.
Governor Wike said that the foodstuffs should be shared to every less privileged person,  irrespective of the person’s party affiliation.
He said that his administration remains committed to reaching out to the less privileged in the 23 Local Government Areas, hence it established ward committees that would ensure the food get to the people.
The Governor urged the people to follow the directive of the State Government by staying away from markets, maintaining social distancing and personal hygiene.
In his remarks,  Deputy Speaker of the Rivers State House of Assembly,  Rt Hon. Edison Ehie thanked Governor Wike for his commitment to the welfare of the less privileged across the state.
Chairman of Ahoada East Local Government Area , Mr Ben Eke assured that the foodstuffs will get to the ordinary people of the area.
Chief. Sylvanus Ochoma JP (+Ward 4), Ihuoma Ene (Ward 11),  Rev Canon. Hanson O. Benard
(Ward 11), Chief. Kingdom Egbe (Ward 6)
and Justina Ogide (Ward 9) noted that they will follow the directives of the committee to ensure that the downtrodden get the foodstuffs.
Glory Zik (Ward 10), Chief. Chidi Akirika
(Ward 7), Chief. Eyii Clifford Jeremiah.
(Ward 5) , Chief. Theophilus Cooke Igulu
(Ward 12) and Mrs Ngozi Uturu
Ward 3 stated that the foodstuffs will be shared to the less privileged,  irrespective of their political or social interests.
Related Topics:
Up Next

Abua/Odual People Praise Governor Wike For The Donation Of Foodstuffs