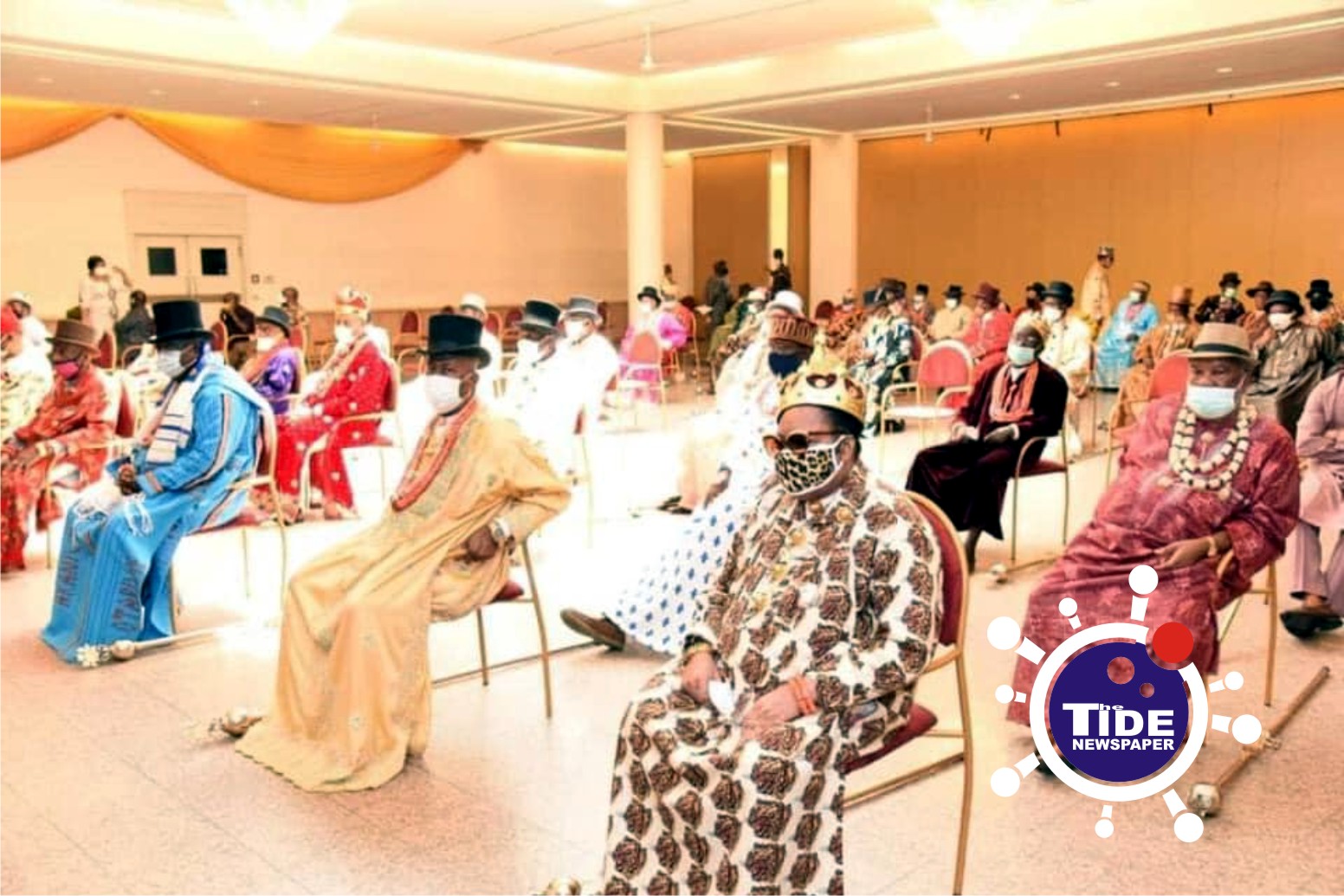 Rivers State Governor, Chief Nyesom  Wike has charged Government Recognised Traditional Rulers to set up Task Force in the respective communities to enforce the closure of markets,  hotels and beer parlours across the State.

Addressing Government Recognised Traditional Rulers at the Government House, Port Harcourt on Tuesday,  Governor Wike said the shutdown is necessary  to slowdown the spread of coronavirus.

He said: “Set up your own Task Force in your respective domains  and implement the closure of markets,  hotels and beer parlours.

“This Task Force is strictly for COVID-19.  The State Government will support all Traditional Rulers to carry out these responsibilities”.

Governor Wike appealed to the Traditional Rulers to work with his administration to check the transmission of coronavirus.

The Governor also called on Council Chairmen to ensure that they support the Traditional Rulers to deliver on the directive.

The Rivers State Governor regretted that the Federal Government has started playing double standards with the issue of relocation of Almajiris.

He said: “When they started relocating the Almajiris in the north, the Federal Government said nothing. Immediately they heard that we have relocated some almajiris,  they came up with the declaration that it is against the inter-state movement.  Why this double standard?”

Governor Wike noted that his administration has continued to work on the state’s borders to ensure that they remain closed. He charged Local Government Chairmen to take more stringent measures to stop the influx of persons.

The Governor warned that from Thursday any shop that opens in Obio/Akpor or Port Harcourt Local Government Area,  the building would be demolished.

On the closure of markets, Governor Wike said that the State Food Purchasing Committee headed by the Secretary to the Rivers State Government will purchase all the foodstuffs and distribute them to the people.

“We will buy off all the foods in the markets and distribute to our people.  All you need is to liaise with the office of the Secretary to the Rivers State Government and we will buy and distribute.  No Market should be open anywhere in the state,” he said.

Commenting on the compulsory use of face masks,  Governor Wike said that he will use politicians and Traditional Rulers as examples.

“I want to use politicians and Traditional Rulers as examples if they fail to wear face masks in their cars. If you are not wearing face masks in your cars, you will be arrested and prosecuted,” he said.

Governor Wike advised Rivers people not to wait for the support of Federal Government,  but concentrate on the strategies to reduce the spread of the virus.

He said that anywhere a market continues to operate in the state, the Traditional Ruler will lose his recognition.

“Go home and tell your people,  anywhere I see a market operating, the Traditional Ruler will lose his recognition.

“We must check people entering our State and don’t wait for the support of the Federal Government.  Lets work to reduce the number.

“As the hotels remain closed,  those coming in will have nowhere to stay.  When we are safe, we can enjoy what we can. I am not doing this because I hate anyone,  but it is for the protection of our people.

No human being will see death and embrace it. We cannot kill ourselves.  The only solution is ensure Social Distancing and proper hygiene”.

He assured the Rivers State Governor that the Traditional Rulers will live up to his expectations by carrying out the State Government’s directive.

King Jaja thanked  Governor Wike for his Palliatives to all the 23 Local Government Areas of the State.

Governor Wike distrubutes foodstuffs to the 13 wards of Ahoada East