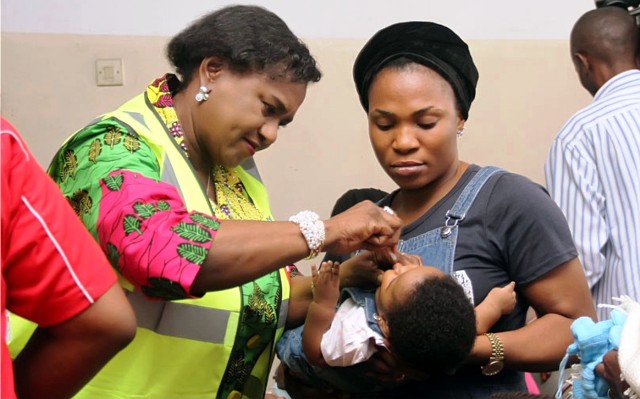 The first stream of Yellow Fever vaccination, which started on February 28 in Rivers State and officially ended on March 8, 2020, still continues with a mop-up of identified areas.
Making this known in an exclusive interview today, the Health Educator, Rivers State Ministry of Health, Dr Doris Nria, said the mop-up is necessitated by the fact that some areas could not be reached during the exercise proper.
“Mop-up means trying to cover up gaps, the people they (health workers) could not reach during the (immunisation) exercise”, Nria said.
Such areas, she said, include densely populated Local Government Areas (LGAs), such as PHALGA and Obio/Akpor.
Nria stated that the exercise generally was a huge success in all of the LGAs, but for some minor challenges that were promptly taken care of.
When The Tide visited Bori during the exercise, the turn out was overwhelming.
According to the Supervisor of Team 1 in Khana LGA, the turn out surpassed the targeted 300 number of persons by a far high margin. It was the same story from most of the other Team Leaders across the LGA.
The only challenge, however, a momentary resistance from some members of the community in Ward 11, which was promptly resolved by the community leaders. Afterwards, the exercise went on smoothly.
The second minor challenge was an internal disagreement among members of the Immunisation team: some of them hinted that while they were engaged as recorders, on the field they were made to control the crowd.
In Abuloma, specifically at Edeokia Junction, which was under Team 217, some members of the community refused to give their bio-data during the house-to-house mobilisation, saying they would prefer to go to the Immunisation centres themselves.
At the end of the day, some of these ones did not turn up to be immunized, for various reasons, which, from investigation, has to do with fear of the unknown.
Inspite of the stated minor setbacks, Dr Nria said the exercise was a success in totality.
The mop-up, according to Dr Nria, will continue up to Friday in some LGAs.

Coronavirus: Natural Methods To Protect Oneself