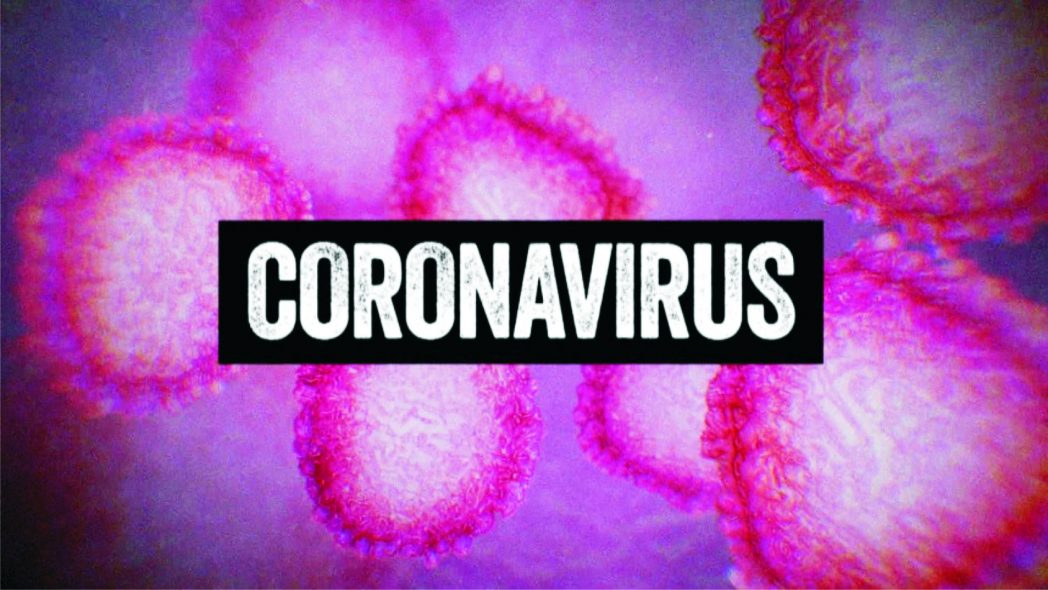 Coronavirus disease (COVID-19) which started late 2019 in Wuhan Province in China is ravaging the world at a speed that last week the World Health Organisation(WHO) was compelled to declare it a pandemic.
As at the last count and according to online source Worldometer deaths from the virus is now above 7000. After China recorded over 1000 deaths from the disease, Italy is the highest hit with 368 as at Monday. So far not less 162 countries is being affected, including Nigeria with one incident of an Italian who, according to the federal authorities, is fast recovering.
In order to check the spread of the virus, government both at the federal and state levels have intensified public enlightenment. The disease is characterised by mild symptoms including a runny nose, sore throat, cough, and fever. Nonetheless, it can be more severe for some people and can lead to pneumonia or breathing difficulties.
More rarely, the disease can be fatal. Older people, and people with other medical conditions (such as asthma, diabetes, or heart disease), may be more vulnerable to becoming severely ill, kidney failure and even death.
Standard recommendations to prevent infection spread include regular hand washing, covering of mouth and nose when coughing and sneezing, thoroughly cooking meat and eggs. Avoiding close contact with anyone showing symptoms of respiratory illness such as coughing and sneezing.
While scientific research has in the last one month intensified to find cure, there are natural remedies that can help one to tackle the symptoms, as one is advised to call hotlines-08056109538, 08031888093 or report to a nearby hospital or health centre in the case of infection. Below are some natural tips to tackle flu and cold infections:
1. Hydration
Number one recommendation for recovering quickly from a cold or flu virus is staying hydrated.
When you’re hydrated, your body has a natural ability to flush germs out of your system. But talk to your doctor about your specific needs. Some people, such as those with congestive heart failure, should drink less water.
2. Vitamin C
While Vitamin C hasn’t been proven to prevent cold symptoms, some studies have indicated it can shorten the lifespan of a cold. Plus, it boosts your overall health, including your immune system.
Austin recommends getting the vitamin through your diet. The fresher the food, the better. Think oranges, rather than orange juice or supplements. Overdoing it on vitamin C supplements (not dietary vitamin C) can lead to upset stomach and kidney stones.
3. Sleep
It is so important to get plenty of rest during cold and flu season.
Sleep helps your immune system function at its best to ward off nasty viruses and bacteria.
4. Honey and tea
Honey has natural antiviral and antimicrobial properties.”
Add the natural sweetener (opt for a local variety when possible) to a cup of ginger or cinnamon tea to relieve a scratchy throat and stay hydrated.
5. Chicken soup
Sometimes mom really does know best! Hot liquids, such as soup, help reduce mucus buildup and keep you hydrated. A study from the University of Nebraska Medical Center found chicken soup has anti-inflammatory properties, which help reduce a cold’s unpleasant side effects.
6. Aromatherapy
Break up mucus by rubbing a bit of camphor or menthol salve around – not in! – your nose. You can also reduce congestion by breathing in aromatherapy oils, such as peppermint and eucalyptus.
7. A steamy shower
A steamy shower or sauna is a great decongestant, says Austin. One caveat: If you are dizzy or weak from the flu, sit in a chair in your bathroom while you run a hot shower.
8. Gargling warm salt water
Dissolve 1/2 a teaspoon of salt in a cup of warm water, then gargle to relieve a sore throat.
9. Sleep with an extra pillow.

The World Health Organisation has announced plans to establish a Tuberculosis Accelerator Council (TB) with the urgency of vaccine development efforts to curb the disease.
A recent WHO commissioned study estimates that, over 25 years, a vaccine that is 50% effective in preventing disease among adolescents and adults could avert up to 76 million new TB cases, 8.5 million deaths, 42 million courses of antibiotic treatment and US$ 6.5 billion in costs faced by TB affected households, especially for the poorest and most vulnerable.
Speaking Tuesday at a high-level panel on TB at the World Economic Forum, Dr Tedros Adhanom Ghebreyesus, Director-General of the World Health Organisation, announced plans to establish a new TB Vaccine Accelerator Council will facilitate the licensing and use of effective novel TB vaccines catalysing high-level alignment between funders, global agencies, governments and end users in identifying and overcoming barriers to TB vaccine development.
“One of the most important lessons from the response to the COVID-19 pandemic is that innovative health interventions can be delivered fast if they are prioritized politically and financed adequately”, said Dr Tedros Adhanom Ghebreyesus. “The challenges presented by TB and COVID-19 are different, but the ingredients that accelerate science, research and innovation are the same: urgent, up-front public investment; support from philanthropy; and engagement of the private sector and communities. We believe the TB field will benefit from similar high-level coordination,” he said.
Despite countries making bold commitments to end TB by 2030, in the Sustainable Development Goals, the WHO End TB Strategy and the 2018 political declaration on the fight against TB, the epidemic shows no sign of slowing down. In 2021, approximately 10.6 million people fell sick with TB, and 1.6 million died. Drug-resistance continues to be a major problem with close to half a million people developing drug-resistant TB every year.
BCG is currently the only licensed TB vaccine. While it provides moderate efficacy in preventing severe forms of TB in infants and young children, it does not adequately protect adolescents and adults, who account for close to 90% of TB transmissions globally.
A vaccine that is 75% effective could avert up to 110 million new TB cases and 12.3 million deaths. The study further suggests that every US$ 1 invested in a 50% effective vaccine could generate an economic return of US$ 7 in terms of averted health costs and increased productivity.
Later this year, Heads of States and Governments will meet for a second United Nations High-Level Meeting on TB to review progress against commitments made in the 2018 political declaration. This presents an important opportunity to correct setbacks in the TB response, which includes the urgent development and delivery of new TB vaccines.

Arthritis is usually due to inflammation – most often prolonged inflammation. The word arthritis literally means joint inflammation (arth=joint, ritis=inflammation), and refers to more than 100 different diseases. Arthritis is a degenerative disease affecting the joints that causes pain and limits mobility.
Arthritis is not a necessary part of aging. In fact, you can get relief from pain and even reverse much of the damage Arthritis has caused you.
Conventional medicine typically offers cover-up treatments for these naturally occurring changes. But these treatments do nothing to restore lost function. They may relieve symptoms—and just as likely, they may not. But they don’t get at the root causes of the problems. And people still suffer. The purpose of this article is so that you don’t have to suffer. Below are our Top 5 Natural Treatments for Arthritis and Joint Pain:
Eliminate Inflammatory foods from Your Diet
Most people do not know that certain everyday foods that you are probably eating, are actually making your pain worse. Some inflammatory foods like bread and pasta may be obvious, where as foods like eggplant and other nightshade vegetables also contain inflammatory properties.
*Many common cooking oils contain excess Omega6 which can be highly inflammable…
*Foods high in trans fats are also linked to chronic and systemic inflammation. You may be consuming far too many of these foods.
Rebuild Your Cartilage
Erosion of cartilage is one of the most common reasons for pain associated with Arthritis. Imagine a cushion where two bones meet. Without that cushion, bones rub together causing severe pain. Doctors typically prescribe pain masking drugs that will never address the true cause of the pain. A more effective approach would be to only use pain pills for temporary relief while you rebuild your cartilage. There are natural supplements that you can use like Devil’s Claw, Cod Liver Oil, Glucosamine Sulfate. These supplements have to be taken in the proper quantities in order for them to be effective.
Incorporate More Anti-Inflammatory Foods into Your Diet
In addition to eliminating the pain causing foods we mentioned above, you can also take advantage of the natural pain fighting foods mother nature provides. Many juices have been used effectively against arthritis, especially pure black cherry juice – which is also a very successful natural remedy for gout. Beet juice is another good one and is wonderfully healthy in many ways. People with rheumatoid arthritis should include juices high in anti-inflammatory nutrients such as beta-carotene (found in parsley, broccoli and spinach) and copper (found in carrots, apples and ginger).
Herbs such as boswellia, cayenne, devil’s claw, horsetail, licorice root, turmeric, ginger , white willow and yucca are also effective in relieving arthritis symptoms. Many of these ingredients can be effective.
There is also a very common beverage that contains more antioxidants than Vitamin C and Vitamin E. Sipping a few cups of day of this beverage can help halt further damage from Arthritis.
Address Magnesium Deficiency
In particular, deficiency in magnesium has been strongly associated with arthritis. Magnesium has been called the master mineral for good reason. As Dr. Carolyn Dean, who literally wrote the book on magnesium, reports magnesium plays an important role in more than 1,300 body processes. Alarmingly, it is estimated that 75% to 95% of us are deficient in magnesium. There are tests available that can help you determine if you indeed have a magnesium deficiency.