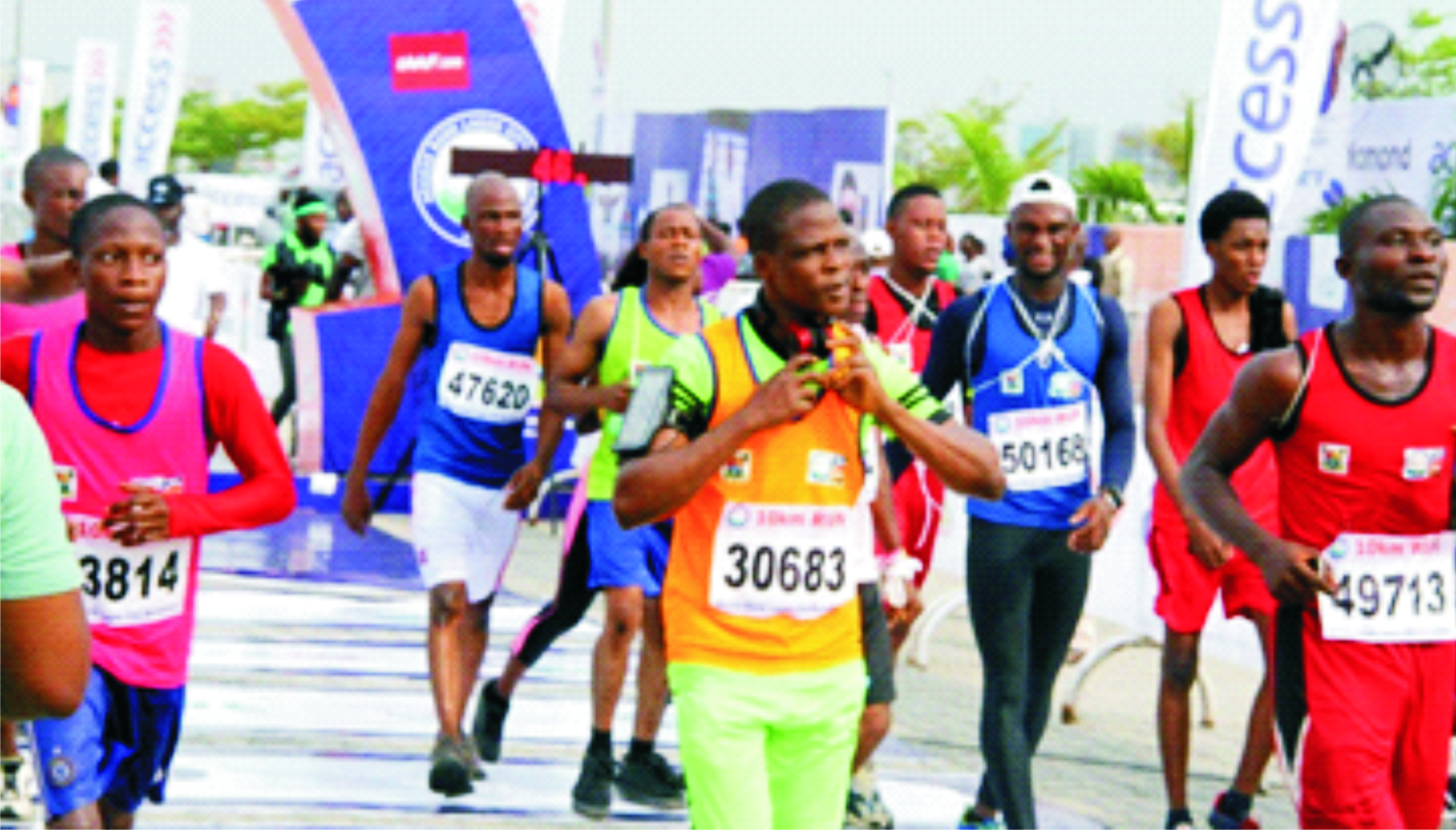 The second Nigerian female to cross the finish line at the just concluded 5th Access Bank Lagos City Marathon, Fadekemi Olude, yesterday said she was happy about her new personal best.
Olude told newsmen in Lagos that although she did not win the first prize, she was grateful for the new time recorded.
“For me, the race was great; I was so happy not for anything, but for the new time that I ran,” she said.
Olude, who clinched the second position in the Nigerian category, finished with a time of 2: 49: 33 secs.
Reacting to when she would surpass Deborah Pam in marathon, Olude said she was working toward it.
The Ogun-born athlete and national champion in race-walk said she was seriously working toward making the standard for the Olympics.
“I am going for another new records this year, and I am working toward making the standard for race-walk in the Olympics,” she said.
Tidesports source reports that Pam was the first Nigerian female to cross the finish line with a time of 2:45:17 secs, Olude placed second while Hudung Gyang returned third position.
In the Nigerian male category, Emmanuel Gyang came first with a time of 2:25:30 secs, Adamu Shehu Muazu placed second with a time of 2:27:17 secs, while Iliya Pam was third with a time of 2: 28: 34 secs.