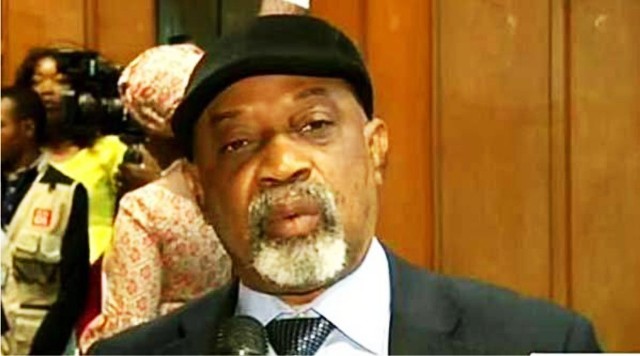 The Ohanaeze Ndigbo last Monday described as childish, a  call by the Minister of Labour and Employment, Dr Chris Ngige, that the Igbo should join the All Progressives Congress in order to produce the next President of the country.
The group’s National Publicity Secretary, Prince Uche Achi-Okpaga, in a telephone interview with our source said  until an  “Igbo man becomes president, Nigeria will never progress.”
Ngige, had while addressing the APC members last Sunday at Alor in the Idemili South Local Government Area of Anambra State, said the Federal  Government led by President Muhammadu Buhari had done well for the Igbo.
He had stated that the APC was the easiest political platform  the South-East  could use to ascend the presidency of the country.
Faulting Ngige, Achi-Okpaga said the minister’s statement was baseless and pedestrian. According to him, in 2019, the Igbo voted for the APC.
He asked: “Is Ngige from Ghana? Is he not an Igbo man? The APC got all the percentages of votes they needed from the South-East in the February 2019 presidential election. Was it a fluke or doctored? Were  the votes not Igbo votes?  So if he is  saying Igbo should join  the APC, is he saying that there are no  Igbo in the APC, including himself?”
The Ohanaeze spokesman said people asking the Igbo to join the APC were just looking for an excuse not to field an Igbo candidate in 2023.
He stated:  “I think his statement is very pedestrian. It is just that when you want to kill a dog, you want to find a fault to hang it.  Just to find a fault to say that the Igbo are this or that. Let me tell you,  until an Igbo man becomes President, nothing will move forward. Nigeria   will continue to be a motionless engine.
“We have said  the Igboman sees the entire world as his village. So if an Igbo man becomes president of Nigeria, there is no state, there is no village in Nigeria that you cannot find an Igbo man. So he has no time to marginalise anyone.  The Igbo man lives in Sokoto, so the government will like to build roads in Sokoto because his brother lives there. The Igbo man lives in Kafachan. The Igbo  live in Ogun. They live in Cross River. They live in all parts of Nigeria.
“The whole of Nigeria is the horizon of Igbo man. There’s no ethnicity in Igbo man. It is only the Igbo that practise one Nigeria, every other person is a hypocrite. So until Igbo man becomes president, Nigeria will keep running round the same circle. What Ngige said was just childish.”
On its part, the Peoples Democratic Party said the APC  was not a viable party for Ndigbo to actualise any of their political aspirations in.2023. The PDP Deputy National Publicity, Mr Diran Odeyemi, in an interview with journalists in Abuja also said the PDP was not dead.
He said the comment by  Ngige that the Igbo people should join the APC to realise their aspiration for the 2023 presidency was a mere campaign talk which had no practical validity.
Odeyemi said: “Ngige can say all that he wants to say. He can cajole the people to join them in the APC. But he knows that the South-East is a no-go area for the APC. There is nothing they  can say that the people will believe them.
“In 2023, we are bringing out a great candidate that Nigerians will know and vote for. It is too early to be talking about zoning, but Ngige knows that the Igbo people will never go the way of the APC because it is a party that is full of deceit and lies.”

APC Without Buhari May Face Difficulty In 2023 -Ex-Minister