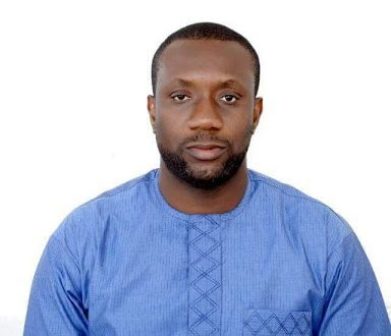 The Akuku-Toru Local Government Area of Rivers State says it will end open defecation in all communities in the area by 2023.
The Council Chairman, Hon. Roland Sekibo, said this in Abonnema headquarters of the local government council, during the 2019 World Toilet Day celebration in the area.
Sekibo who was represented by the vice chairman of the council, Mrs Carolina West, said the council is committed towards ending open defecation in the area.
According to him, as part of the commitment, a bill to criminalise open defecation has been sent to the local government legislative assembly.
The council also sponsored students from the area to the national open defecation quiz competition in which the students came with flying colours.
In her keynote address, the wife of the council chairman, Mrs Binaebi Sekibo said ending open defecation in the area will lead to a 36 per cent reduction in death especially among children under five years of age.
Mrs Sekibo represented by Hon. Tobins Tobins said the council can also end open defecation by stopping the construction of new pier latrines and dismantling the existing ones, through the construction of eco-friendly latrines.
According to her; ending this practice would transform the lives of women and girls, who face the daily indignity of finding somewhere to go each day for their basic needs, risking sexual harassment and abuse for not having a toilet.
“We will change the lives for the many girls who abandon schools due to the lack of basic menstrual hygiene and sanitation activities” she said.
She however expressed hope that with the progress made so far, the area would soon become Open Defecation Free (ODF).
“We are making progress. Communities such as; Obonnoma, Soku, Elem Sungama, Offoin Ama and Idama have been declared open defecation free courtesy of UNICEF-NDSP,” “she said.
Also speaking, the General Manager of the Rivers State Rural Water Supply and Sanitation agency (RUWASSA), Mr. Napoleon Adah, thanked the council or the effort to make AKULGA open defecation free.
Adah, who was represented by Mrs Safe Hart said the celebration was to ensure that no one is left behind.
According to him, it is a celebration to promote good hygiene practices, stressing that time has come for everyone’s in the area to key into the campaign.
Earlier, the coordinator of Water, Sanitation and Hygiene (WASH) unit AKULGA, Mrs Ifeoma Nwogu, said children and youths are worst affected by inadequate sanitation and open defecation.
While thanking the council chairman for the event, Nwogu stressed the need for the celebration to be held annually in the area.