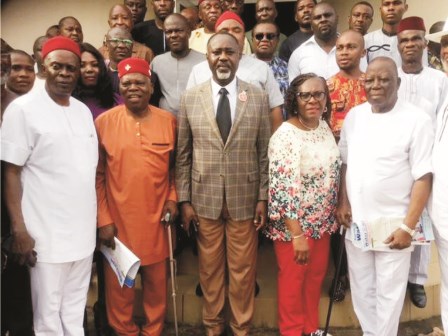 The International Transport Workers’ Federation (ITF) has called for urgent global and regional cooperation to fight piracy in the Gulf of Guinea.
This is as two vessels were targeted in the Gulf of Guinea, last week.
The body decried the spate of pirate attacks in the sub region, describing it as alarming.
The Chairman, ITF Seafarers’ Section, David Heinde, disclosed this in a statement made available to The Tide yesterday.
Heinde said, “Alarmingly, the frequency’ and severity of attacks on vessels in the Gulf of Guinea is increasing, with a spate of recent kidnappings and ruthless acts of violence in recent months.
‘The entire maritime industry urgently needs to take action to improve prevention, reporting and response to attacks across the Gulf.
“Coastal countries in the Gulf must work with industry and unions to identify actions, and allocate adequate resources, to reduce the risks posed to seafarers and shipping.
“While we acknowledge the difficult international regulatory environment, we must continue to build capacity and cooperation, and address the mounting human toll that these attacks are having on lives and physical and mental health transiting through the waters of West Africa”.
Heinde said two weeks ago, pirates kidnapped nine crew members from the Norwegian-flagged MB Bonito while the vessel was at anchor off the coast of Benin in West Africa.
Two days later, four crew members were also taken hostage off the coast of Togo from the Greek-flagged Elka Aristotle.
Several other abductions have been reported in the Gulf of Guinea in recent months, including eight crew members taken hostage off Cameroon in August, and 10 Turkish seafarers off the coast of Nigeria in July 2019.
It will be recalled that in October, 2019, International Maritime Bureau (IMB) reported that the Gulf of Guinea accounted for 86 percent of 49 crew taken hostage so far in 2019.
Although the number of crew members taken worldwide was down significantly from the 112 taken in the first nine months of 2018.
IBM reports insisted that the Gulf of Guinea continues to be a concern because of the increasing scale and frequency of attacks.