That Sowore’s Call For Revolution 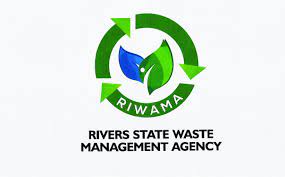 The enormous task being undertaken round-the-clock by the Rivers State Waste Management Agency (RIWAMA) would be better appreciated by those who can still recall the putrefying heaps of refuse in Port Harcourt streets and on road medians immediately before and after the exit of the erstwhile administration in the state.
About six weeks to May 29, 2015, refuse disposal in some parts of the state capital and its environs had been conducted in a slapdash manner as waste contractors insisted on the payment of their several months’ outstanding arrears before the approaching handover date. Meanwhile, the state’s monthly accruals from the federation account had suffered a free fall from an average of N25 billion to less than N10 billion, making it difficult for the state to pay workers, pensioners, service providers and also fund ongoing projects.
In any case, Governor Nyesom Wike had, on assumption of office, appointed the then state chairman of the Peoples Democratic Party (PDP) and owner of Go Round Football Club, Bro Felix Obuah, as the sole administrator of RIWAMA. He also approved the immediate payment of all the outstanding arrears owed waste disposal contractors as to enable them go back to work.
In no time, the sanitary condition of Port Harcourt and environs was restored. Service coverage was even extended from the previous five local governments of Port Harcourt, Obio/Akpor and sections of Ikwerre, Eleme and Etche to include parts of Oyigbo and Okrika, with oversight function to the others. Not quite long after, the Agency acquired additional waste bins, leading to the creation of more receptacles. Of course, this will also mean that more money had to be voted for the expanded coverage.
The refuse disposal period of between 6:00 pm to 6:00 am inherited from the previous administration was altered to last from 6:00 pm to 12:00 midnight, ostensibly to enable waste contractors conclude their refuse evacuations before the break of day.
The success of these and several other good initiatives of the new management was always undermined by the poor sanitary habits of some residents who still dumped their trash indiscriminately, sometimes pouring such into the drainages and natural water channels. Others included street traders and waste scavengers who already are notorious agents of dispersion. But of all these, the most disturbing habit was that of emptying household waste onto well-lit road medians where such eyesores were made even more visible at night.
It was once reported that the previous administration in the state had made it mandatory for refuse contractors to acquire waste compactor vehicles. But it was also obvious that those who complied with the order simply procured equipment that were imported mostly from some Eastern European junk yards and whose spare parts production had long been discontinued. Refuse evacuation has continued to suffer hiccups as these rickety trucks break down every so often while making their nocturnal rounds.
Waste management is no mean task. Even Governor Wike acknowledged this some years ago when he said: “The issue of waste is worrisome even in Nigeria.
“So far, my administration has ordered more than 20,000 waste bins to enhance proper waste collection and disposal within the metropolis and its environs.
“I am reiterating my administration’s readiness to rid the state capital and its environs of waste. We need all residents’ cooperation to restore Port Harcourt to its Garden City status. We will clamp down on street trading to boost sanitation in Port Harcourt metropolis and environs…”
Not long after this, the state chief executive raised a special task force on street trading and illegal motor parks which he placed directly under his watch.
For a while, things appeared to have improved, especially with the dislodgement of traders from the median at Creek Road Market and several other notorious points; including Education Bus Stop, Rumuokoro, Garrison, Rumuola, Bori Camp, Oil Mill Market and Ikoku. That was until reports of brazen harassment, bribery, extortion and dangerous weapons possession became rife and eventually led to the disbandment of the body. Though, it has since been reconstituted under a new leadership which also appears to have taken off well.
Perhaps, based on his observation of the deteriorating sanitary condition of the state, the governor had recently voiced out his displeasure while threatening to disband the state’s waste management authority if in the next seven days he did not see an improvement in service delivery. In apparent response to this, Obuah had threatened to sack any waste contractor who did not tidy up his operational area within 48 hours.
As a way of reducing the effect of sudden failure of contractors’ equipment, the Agency had, early last year, unveiled two refuse compactor trucks for its rapid response operations. It also announced its expectation of five more of such trucks. At the event, the RIWAMA boss was said to have attempted an appraisal of his organisation.
“I want to say without an iota of doubt that RIWAMA has achieved over 85 per cent cleanness of Rivers State even though that is not enough because we want to achieve 100 per cent.
“But with these two disposal trucks in our fleet, I am assuring the good people of the state that we are heading towards achieving 99.9 per cent,” Obuah announced.
Governor Wike may have caught RIWAMA napping at some points while pursuing the government’s objective of restoring the former glory of Port Harcourt but, like His Excellency once noted, citizens’ cooperation is also key. Therefore, let us individually and collectively do all we can to assist our waste managers improve the city’s looks and, by extension, our health.
And who said there will be no reward, maybe a shawarma for RIWAMA if the Agency achieves its rather lofty performance target before May 29, 2023? This is on a lighter side, anyway.

For A Greater Rivers Utd FC