Recently, l heard an unbelievable argument on a radio station.
Following the arrest of five young Nigerians in connection with a daring armed robbery in the United Arab Emirate (UAE) few days ago, the radio presenter sought the opinion of listeners on why some Nigerians abroad commit crime, thereby tarnishing the image of the country.
Many people called in, giving various reasons for the embarrassing behaviour and calling on those involved to turn a new leaf. But one particular male caller said that all the allegations levelled against Nigerians abroad were not true. He claimed to have lived abroad for many years and knows that, sometimes, authorities of certain countries cook up allegations of crime against Nigerians to further tarnish the already battered image of Nigeria. He alleged that some citizens of most foreign countries are racists and would go to any length to deal with Blacks, Nigerians in particular.
Indeed, it was difficult to buy into the man’s narrative. In the first place, what will these countries and their citizens gain from painting Nigerians and our nation black? What do they have against Nigeria that they would descend on the nation and its citizens in such a wicked manner? But be that as it may, one thinks it will be proper for appropriate authorities to carry out thorough investigation on the heavy allegation with a view to finding out how true it is. Let it not be that our citizens abroad are actually paying for crimes they did not commit.
But while that is being done, we must not fail to tell ourselves the truth, which is, that Nigerians do have a global reputation for crime.
Even President Muhammadu Buhari alluded to that fact in a recent interview with a foreign newspaper.  He said it is usually difficult for foreign countries to grant asylum to Nigerians as a result of the country’s reputation for crime abroad. Expectedly, many critics have been criticizing the president since then, saying he is de-marketing Nigeria but facts available show that Buhari was merely stating the obvious.
For instance, a recent report has it that 723 Nigerians were deported from Ghana between 2018 and 2019. The Nigerian High Commissioner to Ghana, Ambassador Michael Abikoye, who was quoted in the report, said they were sent home on the basis of alleged cybercrime, prostitution, over stay and illegal stay.  Elucidating on the action, the Comptoller-General of Ghana Immigration Service, Kwame Takyi,  said some Nigerians in Ghana had become laws in themselves, blocking major streets where they drink, fight and stab one another, hence the need for a decisive measure to sanitize their country.
The story is not different in Italy, Malaysia, South Africa, Indonesia, United Kingdom, United States of America and many other countries from where Nigerians have spread their criminal network. A Google search of the criminal activities of Nigerians abroad will wow you with the terrible things our brothers and sisters do in foreign land. It ranges from human trafficking to bank credit and card fraud, drug trafficking and many others.  Lately, many Nigerian young men are trooping to Malaysia which has been christened the “Yahoo boys” headquarters. Truly, a study needs to be carried out on what they do in Malaysia such that a person that leaves Nigeria empty handed for Malaysia comes back in less than six months, a millionaire.
Many Nigerians are serving jail terms in countries across the globe for various illegal acts.  This definitely does not speak well of Nigeria and her citizens. And the sooner we imbibe the habit of decent, lawful behaviour both within and outside the country, the better for us as individuals and as a nation.
Of course, not all Nigerians abroad are involved in these atrocities. There are many decent, hard working, honest, law abiding Nigerians around the globe who are daily making us proud. But the few individuals involved in criminal activities have seriously dented the image of the nation and the sooner actions are taken to salvage the situation the better for us both as individuals and as a nation.
Already we have seen how shabbily Nigerians are treated at many international airports and the attacks on Nigerians in many countries which may not be unconnected with our poor image. Some people believe it will be worse in the coming years if nothing is done to address our image problem.
It is, therefore, high time concerted efforts were made by all well-meaning Nigerians both home and abroad to project a good image for the country which will counter the bad one created by the unscrupulous, criminal-minded few.  To achieve this, we need value re-orientation.
Presently, there is so much emphasis on acquisition of material things which leads the citizens, both the leaders and the led, to do anything to acquire wealth. It’s high time we began to teach our people, particularly the young ones the value of hard work, patience, good name, good image and good legacy so that whether they find themselves within or outside the country, they will not be willing to commit any crime to “make it”.
Government at all levels should also ask themselves if through their actions and inactions they push the citizens to desperation and hopelessness. Perhaps, if government invests more on infrastructures and good governance, less people will have the urge to seek for better life in foreign lands.

Politics Of Adoption And Brigandage

Professorial Glut In Our Varsities

That Call By Danjuma 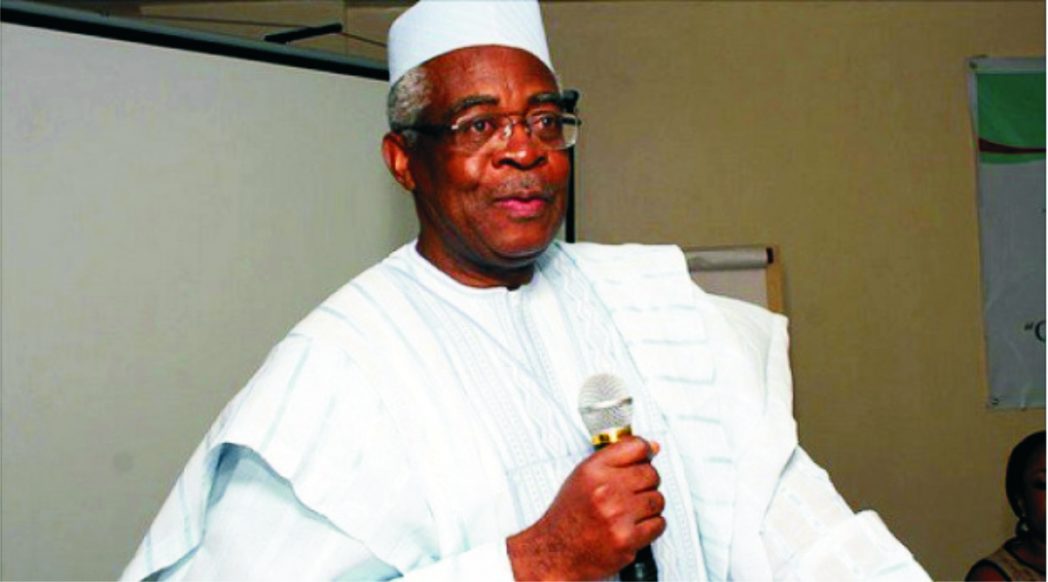 Everyone is a genius. But if you judge a fish by its ability to climb a tree it will live its whole life believing that it is stupid – Albert Einstein

Many have the belief that the rich are crooks, but there are far more people who are honest, hard working and are not crooks.
A child’s most important teachers are his parents who provide the foundational building blocks of education. Parents celebrate a child’s first words, also teach them to count, walk and read and ride bicycle. Parents always prepare their children for the worst. Parents interact with their children every day and consciously or unconsciously, they have a huge and powerful impact in shaping their lives. Every child is a genius but unfortunately, their ingenuity may not be recognised by the education system. Most parents know that a child’s true genius is found in his dreams. We see a glimpse of it in early age.
The business of education is seen as a big industry in the world, impacting the lives of people. The step in making changes in our lives starts with a change, a shift in context, change in our perspectives and the filters we use to process information.
Good grades and academic success can be a double-edged sword. Being lauded as an A-student on the track to corporate success may only open a few doors and help what colleges and universities anoint as the best and brightest graduates. There is more to a rich and wonderful life than the white-collar job you leave school well qualified to do. The real world is not about your grades because there are existing games where different rules apply.
The future belongs to those who can strongly embrace change, see the future and anticipate what it needs and respond to different opportunities, challenges and passions. I believe that a child’s genius is his dreams. Creating a conducive environment in which your child can discuss his or her dreams is an important exercise. Be patient to listen to all he has to say. Bring down yourself to be friends with him as to make him trust you enough to open up to you. How well you understand him will enable you guide him more appropriately.
Rich people also go broke because, all over the world, there are millions of retirees many of whom were once rich but now live in fear of outliving their retirement savings. It is insane to say to your child “Go to school and get a job” when jobs are being shipped overseas or replaced by advancements in technology. It is insane to say your house is an asset when it is really a liability. It is insane to invest for long term in the stock market when professional investment firms are using multi-million naira computers to invest in the short term.
Education focuses on content which includes reading, writing and arithmetic. But rather be based on context. The reason why many persons are poor and remain poor is because they have poor context which includes thoughts, beliefs, values, choices, etc. It is also the reason why many lottery winners are soon broke. People with a middle-class context don’t get rich because, instead of investing, they just consume more. They buy expensive houses, take nice vacations, drive expensive cars and spend money on higher education.
Greatness is often a reflection of a person with high emotional intelligence. Emotional is equated with success intelligence because successful people are successful at managing their emotions, especially in stressful situations. Many people grow up physically but fail to grow up emotionally. Most adults are still little kids on the inside. They go to school, get a job and the little kid inside them shows up. Years pass and a day comes when they wonder what happened to their lives. They’ve worked for years with nothing to show for it; lack of emotional development that often hinders adults in the real world. They spend their lives doing what they want to do rather than doing what they need to do. Nothing they do would seem to work. Things that would ordinarily work for every other person hardly works for them. Even if such person takes first in a job interview, he is never taken; rather the next person or even the least performer gets picked.
Generosity is the key to success; most successful entrepreneurs are generous because they plan to create job opportunities for people. The real issue between the rich, the middle class and the poor is focus. The poor and middle class focus on their incomes, how much they earn.
Education is not about equality, it is also not about being fair. The reason parents attach importance to their children’s education is because they know that it has the power to give their child advantages in life. Financial education should be seen as an important part of that and teaching your child that money gives unfair advantage. Explain the different types of income and why understanding the differences among them is important.
In creating an active learning environment in your home, you are giving your child a huge and unfair advantage. With a strong financial education, your child will have the freedom to pursue his dreams.
Harry wrote from Port Harcourt. 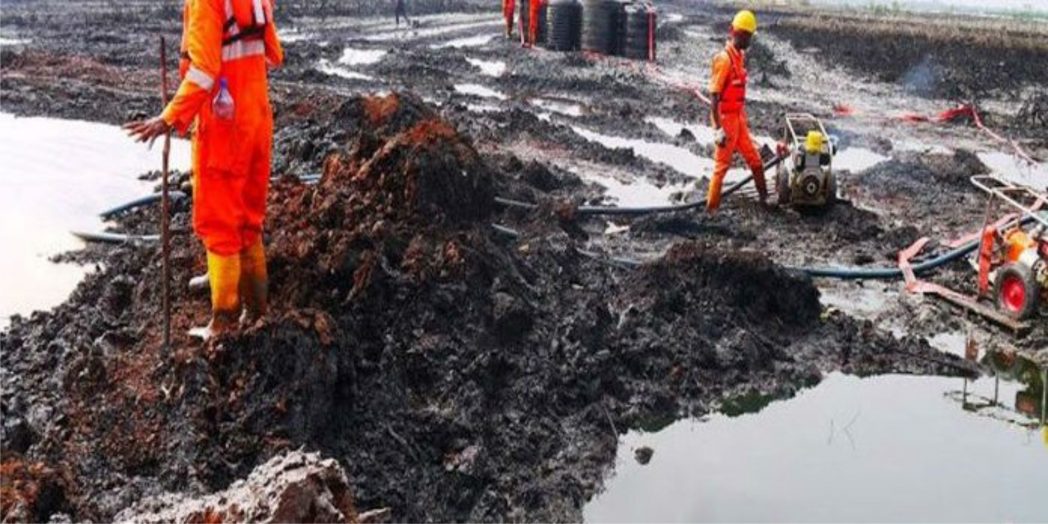