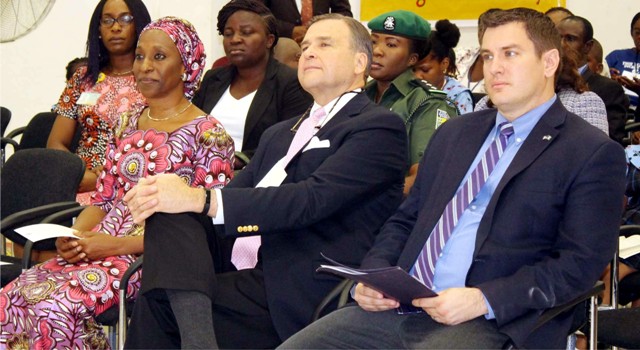 Nigerian workers and pensioners have urged both Federal and State Governments as well as private employers to facilitate payment of the new minimum wage to reduce the suffering of workers.
The stakeholders made the plea at a public hearing organised by the Tripartite Committee on National Minimum Wage for the South-East in Enugu, yesterday.
Comrade Virginus Nwobodo, who spoke on behalf of Nigeria Labour Congress (NLC), South-East, said that the new minimum wage review and implementation had been overdue.
Nwobodo, also the NLC Chairman in Enugu State, said that the NLC wanted a minimum wage not less than N66,500.
He noted that it was currently difficult for anybody to manage N18,000 whereas most workers at this level had families and dependants to take care of.
“It is long overdue and we are asking for nothing less than N66,500 to meet the current socio-economic realities,’’ he said.
Comrade Chukwuma Igbokwe, who spoke on behalf of the Trade Union Congress (TUC) South-East, called on the Federal Government to conduct a public hearing on political office holders’ wages, so that it would be reviewed. Igbokwe said that the huge amount collected by politicians across board was inimical to the purchasing power of workers, since both patronised the same market.
He also said that the TUC stood with the organised labour on N66, 500 minimum pay for any Nigerian worker at any level.
Comrade Chukwuma Udesi, Zonal Chairman, Nigeria Union of Pensioners (NUP), called on the Federal Government to inaugurate a Committee for the National Minimum Wage for Pensioners.
He said that by so doing, pensioners would start enjoying increment like other Nigerian workers immediately.
Udesi said, “NUP is demanding a minimum of N40,000 to meet the basic needs of a pensioner and reduce their sufferings’’.
He, however, called on Abia and Imo State governors to pay the backlog of pension arrears in their state.
Udesi also suggested that the Federal Government should create special health programmes and facilities to take care of the aged, especially pensioners.
In his remarks, Governor Willie Obiano of Anambra State said that the state would remain labour-friendly and implement any fair agreement reached and concluded by the tripartite committee.
Obiano, represented by his Senior Special Adviser on Labour Matters, Chief Godwin Igbokwe, noted that before now, the government had earlier assured the state workers of increment in their salaries.
“The state government is ready to implement the increase but wants to wait for the tripartite committee to conclude their assignment.