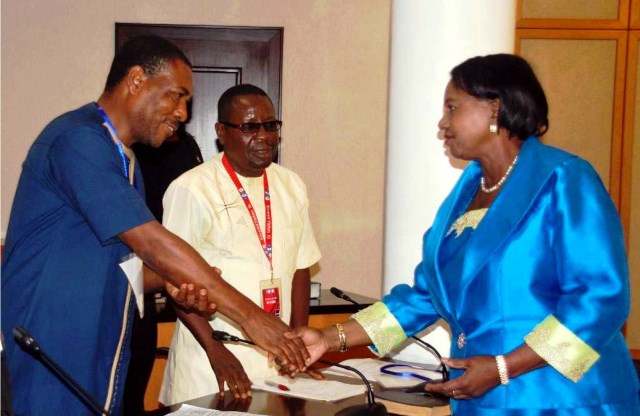 The Rivers State Government has charged officials of the Compliance Team of the Ministry of Urban Development and Physical Planning to work within the ambit of the law with a view to realising set targets of boosting revenue and achieving standardised town planning.
The State Commissioner for Urban Development and Physical Planning, Dr Reason Onya, who gave the charge during a meeting with chairmen and secretaries of the team in his office in Port Harcourt, last Tuesday, said that by playing by the rules, they would have synergised with other stakeholders to move the ministry forward.
Onya pointed out that the meeting became imperative following the low revenue contribution of the ministry to the state government’s coffers and called for concerted efforts of all stakeholders, particularly the Compliance Team, in activating needed impetus to reinvigorate and re-energise the revenue prowess of the ministry.
The commissioner frowned at a situation where a few key actors in the field connived with unscrupulous members of the public and developers to defraud the state government of much-needed revenue through illegal transactions and solicited the support of members of the Compliance Team to enable the ministry achieve its mandate.
He warned those not willing and ready to assist the ministry achieve set goals to voluntarily withdraw their services, and cautioned that anyone caught defrauding the state government through any illegal transactions would be apprehended and handed over to the police for prosecution.
While responding to the Compliance Team’s complaints of obvious challenges and difficulties in the course of their duties, Onya assured the total support of the ministry, pledging the provision of adequate security to enable them perform their legitimate duties.
In his remarks, the Permanent Secretary in the ministry, Dirokweni Joseph Amiofori, who said that the activities of the Compliance Team had dented the image of the ministry, re-emphasised the urgent need for change of attitude before the full weight of the law caught up on the black legs amongst them.
Earlier, spokesperson of the Compliance Team representing the various zones within Port Harcourt and its environs, had expressed readiness of members of the team to work in synergy with the leadership of the ministry to realise the dreams and vision of the state government.
The representative, however, enumerated the litany of handicaps impeding the effective performance of the duties, listing boundary encroachment on Greater Port Harcourt lands, floods, the deluge of fake building plan permits, interference and hostilities by host communities, lack of official vehicles, lack of adequate security personnel to provide cover to the team, lack of proper identification instruments, and stipends for members of the team, among others.