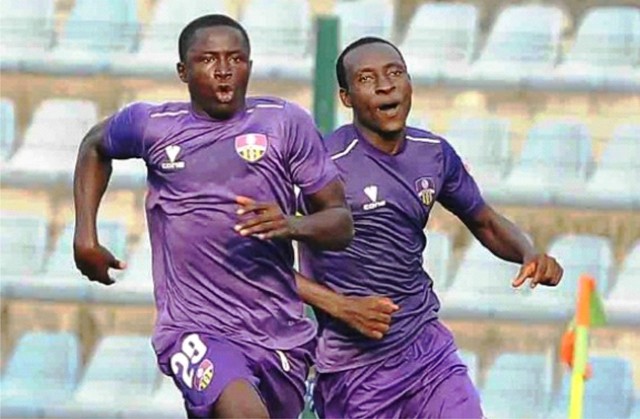 Grassroots sports promoter and developer in Nigeria, Chief Ezedimoura, the Ugonabo of Ichida has promised to continue to support and promote sporting activities in the country most especially the Independent Grassroots Sports Development Association (IGSDA).
He stated that developing sports is part of him, because he has passion for it, as it will in turn develop the country.
Chief Ezedimoura said this shortly after he was given an award of Distinguished Sports Personality by IGSDA, at the weekend in his Port Harcourt office.
According to him, he started developing and promoting grassroots sports, especially football in 1973, adding that some of the prominent footballers in Nigeria then passed through his Super Stars FC, in Anambra State.
“I am really grateful for this award given to me, no matter how little it is, but the most important thing is the recognition and content of the award.
As a person I like promoting and developing sports, because it will in turn develop the country, besides, it will also go a long way to curb youth restiveness, by engaging the youth meaningfully” Chief Ezedimoura said.
The grassroots sports promoter who is also the sponsor of Ezedimoura Football Tournament, in Ichida, Anambra State revealed that the football tournament would take place during Easter period this year.
Earlier, president of IGSDA Amb. Miebi S. Ogunu said the award was given to Chief Ezedimoura in recognition of his enormous contributions towards humanity, patriotism, and Development of sports at the grassroots level.
Amb. Ogunu used the forum to appeal to Ezedimoura for financial assistance to enable the association organise sports development conference, scheduled to hold June this year.
According to him, the conference is geared towards tackling the challenges hindering grassroots sports development.
“We discovered that the challenges confronting grassroots sports in Nigeria are lack of competition, incompetent coaches and education” Amb. Ogunu said.
He further appealed to other corporate organisations and well meaning individuals to emulate Chief Ezedimoura in terms of supporting sports development in Nigeria.

Drogba Advises PSG To Be Patient