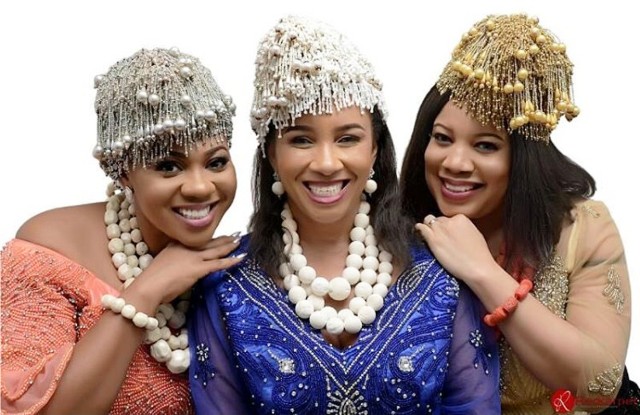 One of the memorable programmes that added colour to the 50th anniversary of the creation of Rivers State is the special day to appreciate and celebrate Rivers women. The initiative, by every standard, is worthy and commendable, considering the immeasurable contributions of women to the socio-economic and political advancement of the State, nay the nation at large.
The day, no doubt, provided another platform for women across the state to brace up and properly assert themselves as partners in the continuous search for state and national greatness, as well as shed the derogatory “weaker vessel” mentality.
In a presentation at the occasion, Prof. Uche Ewa Azikiwe, an educationist, declared that, “Women and men have same intelligent quotient (IQ)”. She eulogized and recalled the tremendous role played by women during the colonial times.
But what readily comes to mind in Prof Azikiwe’s reference to women in the colonial era is the doggedness, bravery and sense of collectiveness exhibited in the women’s stunning insurrection of November 1929; known in British colonial history as the “Aba Women’s Riot” or “Ogu Umuwayi”, (women’s war) in Igbo local parlance.
The Aba women’s riot, as it came to be popularly known, was part of a long history of collective action against stringent colonial policies by women in Nigeria. In 1924, for instance, about 3000 women in Calabar, rose against the imposition of market toll by the colonial administration. And in 1929, women in the then Eastern Nigeria came together and vehemently protested the excesses of the “warrant chiefs” and the attempt to impose tax on women.
In other words, the women’s riot or war was a revolt, exclusively planned and fearlessly executed by women to “redress the prevailing social, economic and political grievances”, perpetrated by the colonial overlords.
It is interesting to note that Rivers women particularly from Ogoni, Andoni, Opobo and Bonny participated actively in the rebellion which, according to the experts, became the “first major challenge to British authority in Nigeria and West Africa”.
There is also no doubt that a special day of that nature calls for assessment and awakens the old spirit of resilience, collectiveness and hard work amongst women, taking into consideration their status in post-colonial and contemporary Nigeria.
It is obvious that in overcoming the challenges of existence in the present century, there is little or no consideration for gender superiority, and Rivers women, irrespective of the odds in the past five decades, have proved their mettle in different spheres of life.
In the words of the Rivers State Commissioner for Information and Communication, Dr. Austin Tam-George, Rivers women “have exuded deeds of hard work and professional excellence in various fields of endeavour”. Indeed, their foray cuts across medicine, academics, public service, philanthropy, education, business, politics, religion, entertainment, sports and fashion.
In these categories, we have the likes of the Deputy Governor of Rivers State, Dr. Ipalibo Harry-Banigo; Ambassador Nne Kurubo, Prof. Bene Willie Abbey, Constance Sarowinyo, Dr. Boma Iyagba, Dr. Ngozi Odu, Prof. Roseline Konya, Chiyere Wokedu, Ngo Ogan, Gloria Fieyeofori, Sienye Lulu-Briggs and Evang. Ene Helpmeet Secondus.
Others include Ann Kio-Briggs, Ethel Jack, Mercy Akidi, Syster Jack, Agbani Daerego, Julie Wika, Blessing Nsiegbe, Ibim Semenetari, Mediline Tador, Ibinabo Fiberesima, Monalisa Chinda and so many others who did not only excel in their various callings, but also remain an enviable sources of inspiration even to the men folk.
However, the overbearing influence and dominance of the political space by men tend to limit or hinder a good number of women from attaining their heights in politics. Be that as it may, their relevance generally in the advancement of society in contemporary times can hardly be ignored. It underscores the placement of some resourceful women in positions of trust in the present dispensation under Governor Nyesom Wike. So far, they have held their heads high in the course of duty, and share in the glory that is Rivers State today.
The governor’s gender friendly disposition also finds expression in his unwavering interest in improving the economic status of less privileged women, through provision of grants to boost medium and small scale enterprises in the State.
One appreciates the efforts of the Rivers State government in identifying with the nation’s gender policy and giving women a reasonable sense of belonging. Therefore, it behooves them to remain focused, hardworking and united, take advantage of every opportunity the present system offers and make themselves relevant, just as their forebears in colonial Nigeria did during the struggle for social, economic and political emancipation.
Ezekiel-Jenewari is a former Director, Rivers State Ministry of Information and Communications.

As Wike Enters Second Half…

The Days Of The Shackles