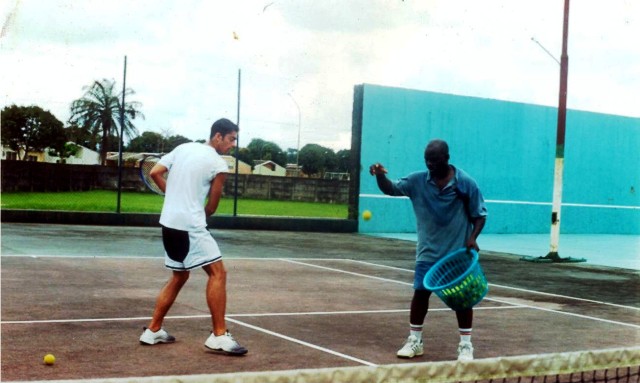 The member representing South-South zone of the Nigeria Tennis Federation (NTF), Isaac Uzorma has disclosed that due to the impressive performance of the trainees during the just concluded first International Tennis Federation (ITF) approved coaches course level I, he has decided to organise a second level of the exercise.
Uzorma, who is also the chairman, Rivers State Tennis Association (RSTA) dropped the hint in a chat with Tidesports in his office in Port Harcourt recently.
Describing the training as a huge success and over-whelming, he said his aim of organising the course has been achieved as a total of 37 coaches participated in the exercise.
According to him, their performance has opened their eyes as they were taught on the standard of international best practice and no longer what it was in the days past.
The zonal representative of NTF further revealed that coaches drawn from Lagos, Delta, Edo, Abia etc also participated in the training course, adding that the International Tennis federation (ITF) approved course level I certificate that was issued to them after the training had made them to be qualified and certified coaches in the country including those from Rivers State.
Uzorma stated that the president of NTF, Sani Ndanusa also sent a goodwill message to the Rivers State government for making facilities available for the training and commended the organizer, Isaac Uzorma for a job wll done.
He however thanked Hon O’nari Brown, Emma Obiora and Chief Diamond Tobin-West among others for their contributions in making the course a huge success, as well as the media.