Secular Humanism As Cause Of Moral Decay

How Not To Raise A Child For Future 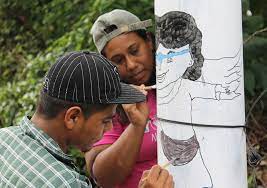 Crime is on the increase in Nigeria. And some public affairs analysts have attributed the upsurge in crime in the country to the high level of unemployment. Breaking down of law and order is becoming a trend that is growing fast in the land. Illegality is fast becoming legality in the country. Criminal-minded citizens are using lack of employment opportunities witnessed in Nigeria to swindle some innocent Nigerians.
This is because some people are desperate to get rich through all means and cost available to them. And so, some fall prey to the cheats and fraudsters in the society. Some jobless people have been defrauded and killed by their perceived employers. Few weeks ago, the social and mainstream media were filled with news of a young lady who was killed in cause of searching for employment from wrong person in Akwa Ibom State.
So many networking and Ponzi businesses have sprung up in the guise of making people rich with ease. And some people are being swindled of their money on daily basis. The trend of creating platforms to dupe people is at alarming stage in Nigeria.
Today, betting is a lucrative venture that almost everyone wants to invest in. And in some cases, one would always act to cause someone to miss his long-awaited expectations.
Kidnapping is carried out on daily basis for ransom to be paid by the victims or the victims’ families. This is dangerous to national development. A lazy man and a hardworking man need food to eat when hunger comes. The quest to make money without labour is a dangerous approach in the country. Yahoo boys and girls are everywhere making innovation to defraud people of their hard-earned money saved in the banks. And everything is blamed on poverty and lack of employment opportunities. The security agencies in the country have not been able to bring the high crime rate under control.
The government is not seen to be working because of high magnitude of crime rate in the land. Every complaint of crime hinges on unemployment. That may seem as a fact but is not total. Some who indulge in crime are working class and some come from well-to-do families. The crime rate is unassuming, especially financial crimes.
Observationally, it is like stealing is fast becoming a norm. This is worrisome. The state of insecurity is not helping matters in Nigeria. And it is time for the Federal Government to use full force to restore relative peace in the country. Insecurity does not support job creation in any country of the world.
It is high time the government came down and look at the plight of the people. Some of the major manufacturing companies in the country had folded up or relocated to another country because of the unfriendly and harsh environment for businesses.
In the United Arab Emirates (UAE), government creates policies and laws that drive the economy and businesses in that country. Today, almost every Nigerian knows and talks about the city of Dubai in the UAE. The city is a business destination to most of the business moguls in the world.
Therefore, the governments in Nigeria should formulate policies and laws that will convince investors to establish their businesses in the country and that will, in turn, create job opportunities for the teeming population that are jobless. It is said that a lazy mind is the devil’s workshop. Therefore, Nigerian government should not allow the minds of young Nigerians to be devil’s workshop; where crime is formulated and executed to the detriment of all.
Some of the loans collected by the Federal Government from nations and international financial bodies, should be used for job creation for the youths who are using their energy the wrong way. Nigerian government can reduce crime rate in the country through aggressive and holistic approach towards job creation.
Joblessness has created high rate of drug use in Nigeria. Some ignorant citizens think that taking of some hard drugs can relieve them of their state of hopelessness. Nigerians want a society where hope can be restored and peace will reign. Drug abuse is common and it is inimical to progress and peace in the society.
If some who indulge in crime are engaged by government to earn a living somewhere, it can help to reduce the crime rate witnessed in the country now. Indeed, all the level of governments in the country should move their tentacle towards job creation. And this should be done with a clear-cut policy and programme backed by enabling laws.
Hunger does not know political party and ethnic group. Therefore, it is time for the government to rethink and adopt workable template towards job creation in Nigeria. Crime is evil. The diversification of the economy towards agriculture, if properly followed, will create jobs for the people.
Ogwuonuonu wrote from Port Harcourt. 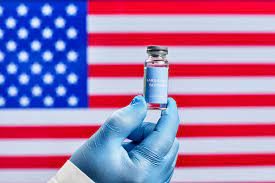 The banking system in Nigeria has been a burden to the banking public over the years. Some banks do not give adequate attention to their customers. They rather abandon the customers’ complaints or request without cogent reasons.
Customer complaints are inevitable, no matter how streamlined one’s business may look they must always be acknowledged and dealt with efficiently. By ignoring or dismissing the complaints or requests of customers, the bank is telling the public that their opinion and patronage don’t matter. Many business owners see complaints or demands management as time consuming and frustrating to an efficient system, whereas such complaints can be resolved quickly and easily.
When a customer first lodges a complaint, there is need for the authority to take bold step in order to tackle such problem confronting the complainant. It can be difficult to remain impassive in the face of criticisms, but an emotional response will only serve to irritate the customer further.
The authorities are expected to give their customers full attention as desired and carefully listen to the whole problem before responding. Put yourselves in their shoes, if you had a problem you would want someone to listen and solve it.
Appearing disinterested or attempting to argue to discourage the customer based on the complaint lodged will only exacerbate the situation. There is no need to jump the gun, rather one should deal with such complaints on a regular basis, of which many have handled similar cases before now. However, complaints of esteemed customers are usually unique to the bank staff because resolution of such often attract financial gratification.
Treating their cases as important individuals requires listening to their problems in full, which will go a long way to strengthen the relationship existing between banks and their customers only when attention is given to complaints or demands from customers at our various banks. It is easy to be defenseless, particularly if the management doesn’t believe they are at fault. However, they have to put themselves together and feel the pains of their customers, especially when they are at the receiving end of such experience; would they personally be satisfied? If the blame lies on a particular member of staff, it is often best to remove the customer from their presence.
Always use one’s initiative when dealing with customers’ complaints. This can defuse tension and emotion, and help customers to re-evaluate their anger.
However, never pass the customer around from person to person as each complaint or demand should ideally be handled by a particular staff. Therefore, such person should always ensure that the staff assigned to the case has the impetus to deal with the situation.
Once the customers had aired their grievances, the staff on duty should immediately give a sincere apology. Sometimes, apology is all it takes to placate an angry customer; sometimes, a complaint should be followed by a request for compensation, typically through a refund or a voucher. In this premise, the staff remains calm when dealing with a complaint or demand even if the customer becomes irate or confrontational, the ultimate aim would be to turn the\ bankers’ negative experience into a positive one, but arguing back will only make the situation worse.
Customer complaints should always be resolved as quickly as possible and allow sympathy to be the watchword once you have listened to their concern, in order to quell the heat of the matter for better result.
As a public servant, a bank staff should be able to create a bond between him and the customer, so that they know you have heard their concern and are going to work with them to resolve the impasse. The bank should offer solution to their customer’s burden, provide feedback to such problem and execute the solution, instead of creating more difficulties in the life of the complainants.
Customers are made to be treated with care, kindness, love and respect. The banking system in Nigeria should learn how to manage issues effectively, especially those that emanate from their banks, where they are expected to provide suitable machines that will accommodate the needs of the customers; example, the Automated Teller Machine (ATM), because the banks cannot function well without the customers’ patronage and contribution.
Customers are the reason for the banking system in Nigeria.