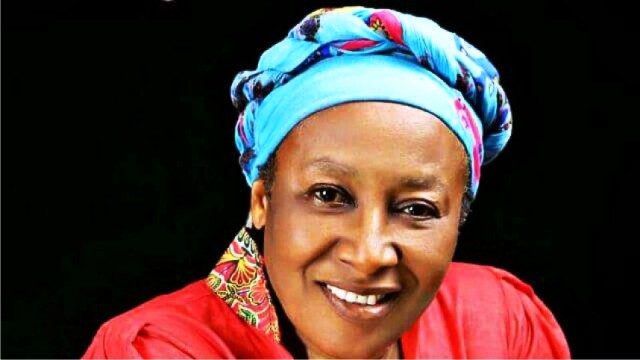 Patience Ozokwor is one of Nollywood’s most celebrated artistes. Popularly known as Mama G, she is without a doubt, one of the most sought after actresses in the industry. She has perfected the art of playing the role of a villain, especially the wicked mother-in-law, so much so that many people wrongly assume that the characterisation mirrors her real life persona.
According to our source, the multi-award winning movie star is now a born again Christian and now goes about, preaching in various churches and crusades. She reportedly rejuvenated her spirituality January this year after she was told by the Holy Spirit to fast for 21 days. Patience Ozokwor who allegedly grumbled initially, was then told by the Holy Spirit to extend the fast to 30 days.
During this fasting period, the Lord reportedly revealed to her that she will be a voice for Him all over the world, people’s attention will be channelled from her image on Nollywood to the gospel. Ozokwor who got her major break in 1998 movie ijele, reportedly left all of these things go. In her interview, she reportedly said she could have died last December and eventually gone to hell if she changed her way of dressing.
She added that her moniker, Mama G, has been dropped, and that she has been preaching to her Nollywood colleagues as well. This however does not mean she will be abandoning Nollywood for good, as she reveals that she has taken a break from acting for now. With this development, Patience joins other Nollywood stars like Charles Okafor, Eucharia and Jayke Aernan who have chosen to focus more on their Christian faith.
On her movies which move her to tear, Mama G said, “you want to know the one that moved me to tears about my characters? There are characters I’d played in movies and after watching them back at home, I just thanked God it wasn’t me. It was a character. Nearly all the movies where I played wicked roles made me cry because i remember what that charcter had done to somebody. I do these jobs to the best of my knowledge because I want to sit down at home, watch and cry over what I’m doing to people.”
There was a movie I did many years ago, it was titled ‘Prophecy’ – what moved me to tears in that movie was that I was so wicked that I seized feeding bottle from the mouth of a new born baby who lost his mother and I was supposed to be taking care of the baby. The baby was crying. I seized his feeding bottle and threw it away. I wept profusely, the director stopped shooting until was able to control myself. Then I summoned courage to continue. If someone had done it in real life, I would have exposed the fellow to the world to see,” she said.
“There was another one where I went to take my sister’s daughter from the village, what I did to the girl, If any human being can do it to a fellow human being, I don’t know what God would do to that person in turn. I met her in the kitchen, beat her so much that she fell down the stairs, rolled down and died from broken head and pains all over. I’d been playing wicked roles but those two movies are exceptionally horrible.
I doubt that any human being would do that to anyone,” she said.
In January 2016, Patience Ozokwor gave her life to Christ and since thenthe actress has dumped her stage name and other unrighteous lifestyles.