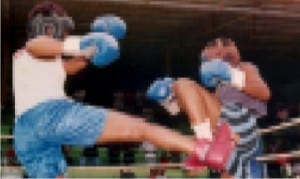 Dream Team VI’s Head
Coach Samson Siasia has appealed to clubs in the Nigeria Professional Football League (NPFL) to release players for their preparation ahead of the All-Africa Games (AAG).
The Nigeria Football Federation (NFF) said on its website  that Siasia had solicited its support in this regard by urging the NPFL clubs to release the players.
It said Siasia expressed his frustration during a training session of the national under-23 football team at the FIFA Goal Project in Abuja.
This was after he had only eight of the invited players with him at the training session.
The coach said the other players were not released by their clubs after he permitted them to play last weekend games.
“How can I prepare well for a competition as important as the AAG in Congo in September when clubs on the local scene have refused to release their players for the camping?
“We have barely two weeks to our first game and up till now I have only eight players to work with.
“Most of the club managers called to appeal that we allow their players play last weekend games, a request I approved.
“I appealed to them that they should release the players on Monday.
“But this is Tuesday and I still have not seen the players as most of them have called to say their clubs are holding them for midweek games. This is not fair.”
“To make matters worse, some of the invited players who arrived camp earlier had to leave camp to report to the Super Eagles camp, to which they have also been invited,’’ he said.
Siasia said he had to appeal to the NFF to intervene because he would not be able to submit a list of players for the Games as things stand.
He also said some of the players he invited to camp had gone abroad to sign for clubs.
Siasia urged the NFF to give him all the necessary assistance and co-operation they gave him in the early stages of his preparations for the qualifiers.
“That is the only way I can make the nation proud at the Games,’’ he said.
Siasia had listed the eight players who trained with him on Tuesday to include Segun Oduduwa, Sincere Seth, Ikechukwu Okorie,
Oliseh Ndah, Etebong Elisha, Oladapo Augustine, Mohammed Yusuf and Abiodun Akande.
He said Tonbara Tiongoli, Semiu Laidi and Ndifreke Effiong sat out due to various injury concerns.
Siasia also said he had invited three more players to beef up the team.
“They are ýStephen Eze of Sunshine Stars FC, Lawal Shittu of Giwa FC of Jos and Christian Pyagbara of Sharks FC.’’
He said all the newly-invited players were expected to report to camp by Thursday after their midweek games.