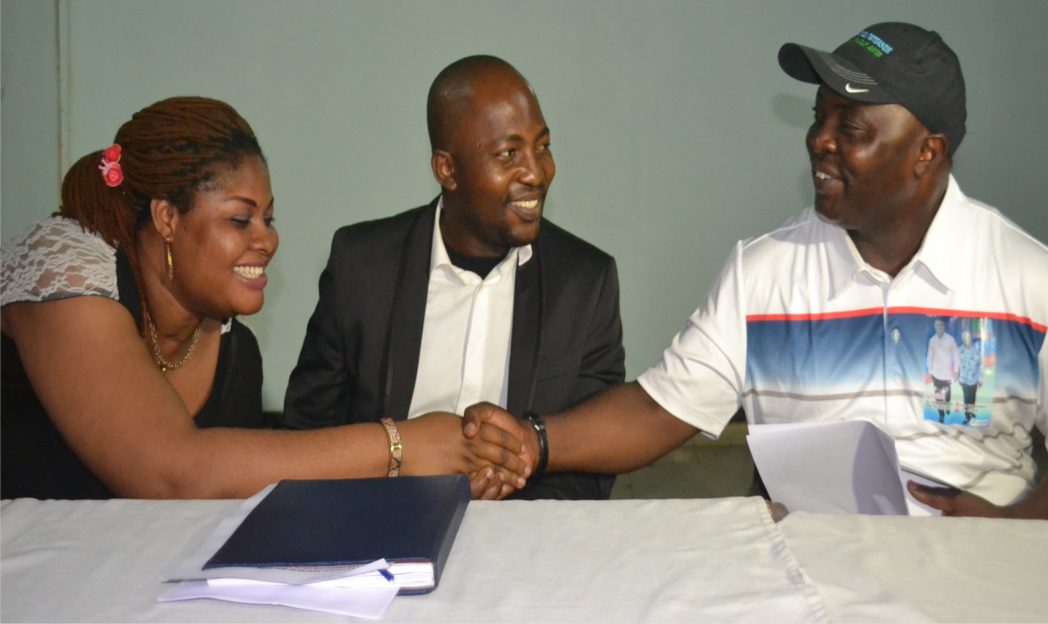 Rivers State APC governorship running mate, Honourable Asita (right) in a handshake with Barr Pedro Akpala, during a meeting with lawyers at their Fourth General Meeting in Port Harcourt, last Monday. With them is Barr Eric Robinson.

Rivers PDP Insists On Use Of New Stadium For Rally