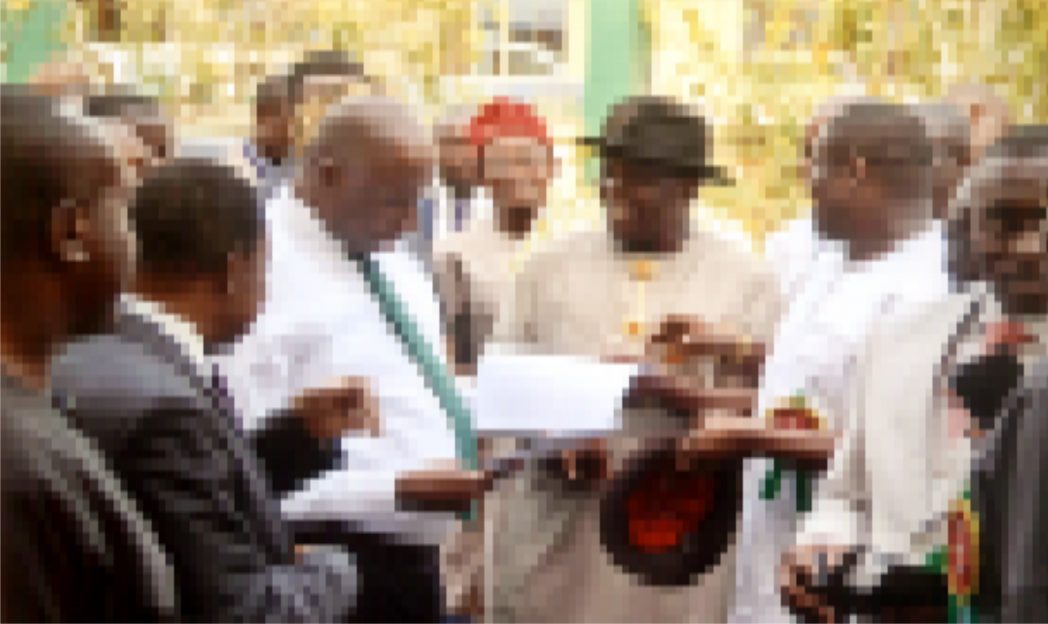 Following the unending controversy over the possession of a secondary school certificate by the All Progressives Congress (APC) Presidential Candidate, Major General Mohammadu Buhari, the Army yesterday cleared the air, saying, “The Nigerian Army does not have the original copy of his West African Examination Council result or a Certified True Copy”.
Aside not having these documents in their possession, the Army said General Buhari has not yet applied for the release of any of his documents from the Military Secretary’s Office.
Making the disclosures at a briefing in Abuja, outgoing Director of Army Public Relations, Brigadier-General Olajide Laleye, noted that what the army has, which he displayed, are Form 199A, that was filled at the point of entry and some letters of recommendation by Principal of Provincial Secondary School, Katsina.
Olajide words, “Records available indicate that Major General Muhammadu Buhari applied to join the military as a Form Six student of the Provincial Secondary School, Katsina on 18 October, 1961. His application was duly endorsed by the Principal of the school, who also wrote a report on him, and recommended him to be suitable for military commission”.
The report, which was shown to newsmen read, “I recommend Mohammadu Buhari fit for military commission”.
Regarding his result, the Principal wrote, “I consider that he will pass Maths, English and 3 other subjects”.
Speaking further, Laleye, who said the briefing was necessitated by the deluge of requests from civil society groups, the media, among others, over General Buhari’s eligibility for any political office, said, “It is a practice in the Nigerian Army that before candidates are shortlisted for commissioning into the officers ‘cadre of the service, the selection board verifies the original copies of credentials that are presented.
“However, there is no available record to show that this process was followed in the 1960s. Nevertheless, the entry made on the Nigerian Army Form 199A at the point of documentation after commission as an officer indicated that the former head of state obtained the West African School Certificate (WASC) in 1961, with credits in relevant subjects: English Language, Geography, History, Health Science, Hausa and a pass in English Literature”.
He added that, “Neither the Original Copy, Certified True Copy (CTC) nor Statement of result of Major General Muhammadu Buhari’s WASC result is in his personal file. What I have said here is what is contained in his service records, personal file. We have not added anything nor subtracted anything.”
Earlier, Brig-General Laleye said, “Let me state clearly that the Nigerian Army holds the retired senior officer in very high esteem and respect, and would not be a party to any controversy surrounding his eligibility for any political office. Suffice to state that Major General Buhari rose steadily to the enviable rank of Major General before becoming head of state of our dear country in December, 1983”.
It would be recalled that the APC presidential candidate submitted a sworn affidavit to INEC in which he stated that his academic qualifications making him eligible to contest the 2015 presidential elections were with the Nigerian Army Military Secretary’s Office.
But in a reaction to the Army’s clarifications yesterday, Media Director for Buhari Campaign Organisation, Garba Shehu, said in a statement that Buhari will respond to the Army’s claims on his credentials, today.
The statement added that Buhari remains “fit as fiddle”, but did not give further details.

Vote Out Politicians With Records Of Violence – Abe