The House of Representatives yesterday asked the Independent National Electoral Commission (INEC) to allow eligible voters with Temporary Voter? Cards to vote during the general elections in February.
It said in a resolution it passed in Abuja that it was unlikely that INEC? would give every eligible voter the Permanent Voter Card before the elections.
Lawmakers held the position that allowing the use of the TVCs along with the PVCs was the only way not to deny many Nigerians their right to vote.
The decision, which received unanimous approval of members, was one of the key resolutions the House passed as lawmakers reconvened on Tuesday from their Christmas and New Year break.
In another resolution, the House ordered an investigation into the recent allegation by the Department of State Service that the All Progressives Congress planned to hack into the database of INEC.
The motions on the two issues were moved by the Minority Leader, Mr. Femi Gbajabiamila, and Deputy House Majority Leader, Mr. Leo Ogor, respectively.
Defending the motion on TVCs, Gbajabiamila, an APC lawmaker from Lagos State, noted that if INEC insisted on using the PVCs, many eligible voters would be disenfranchised.
Members immediately endorsed the motion without allowing further debate and asked INEC to make provisions for the use of TVCs in its guidelines for the elections.
Part of Gbajabiamila’s motion reads, “?INEC has been and is still issuing permanent voter cards to eligible voters in replacement of the temporary voter cards issued to Nigerians about four years ago.
“Concerned that the general elections being just four weeks or 31 days from now, it is very unlikely that the commission will be able to distribute the PVCs to all registered and eligible voters before the elections.
“Disturbed that if the current position of the commission (that only voters with the PVCs are qualified to vote) is not addressed, many registered and eligible voters will be disenfranchised in the 2015 general elections to the detriment of the growth of democracy in Nigeria.
“The House resolves that the commission should include in its election guidelines for the 2015 general elections, a provision(s) allowing registered voters with the temporary voter card (TVCs) whose names are on record to vote during the 2015 general elections.”
Commenting on resolution of the House, the Speaker, Mr. Aminu Tambuwal, observed that it was the responsibility of INEC to give all eligible voters a PVC.
However, he said if the same INEC was unable to do so, it should not punish the voter with a TVC by denying them voting rights.
Meanwhile, the Independent National Electoral Commission (INEC) has lost 4,503 Permanent Voter Cards to hoodlums in five local government areas of Akwa Ibom State, Resident Electoral Commissioner, Mr. Austin Okojie, has said.
Of the 4,503 PVCs snatched, Abak LGA lost 664; Ikono, 96; Mkpat Enin, 208; Oruk Anam, 2333; and Ukanafun, 1202 to hoodlums.
Okojie, who addressed traditional rulers during a state summit on peaceful conduct of 2015 elections in Uyo yesterday, revealed that 1,468,780 permanent voter cards were sent to the state.
“We had a security issue where a total of 4,503 of the permanent voter cards were snatched during the exercise in five local government areas of Akwa Ibom State,” he said.
Presenting status of the PVC distribution, he stated that 1,177,910, representing 80 per cent of PVCs have been distributed, leaving a balance of 284,915 to be claimed.
Okojie urged the traditional rulers in the state to ensure free, fair, peaceful and credible elections by using their positions to appeal to members of their communities to go for their cards between now and the next four weeks to enable them exercise their voting rights during the forthcoming elections.
The commissioner, however, said that with the introduction of card readers to authenticate real owners of each voting card, no snatched card will be useful during the elections as defaulters would be screened out of the exercise. 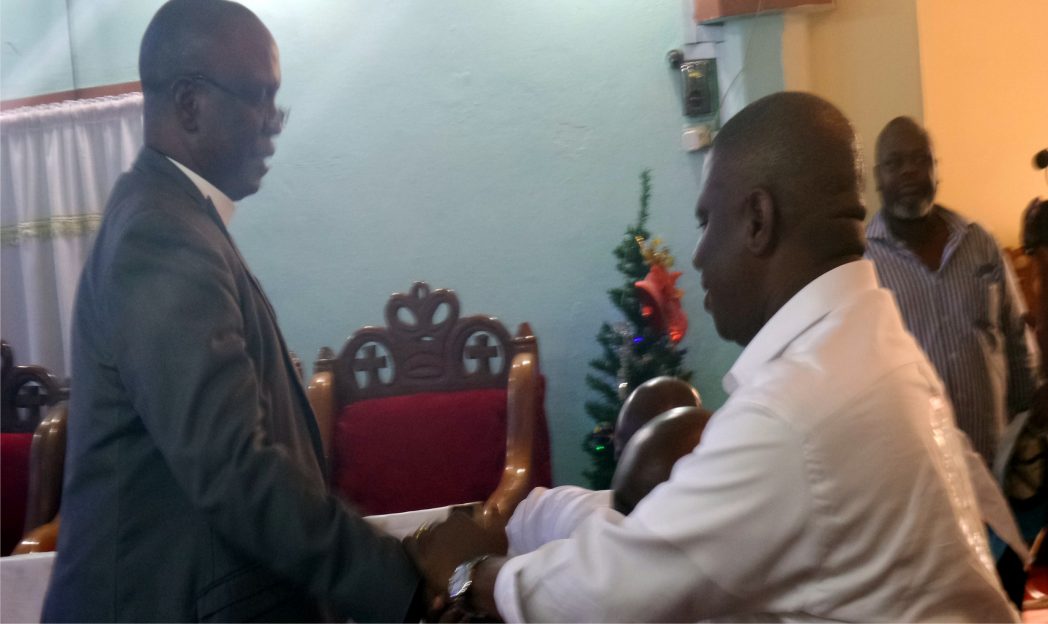 Politics Of Fuel Subsidy …Why Is Nigeria’s Pump Price Static

Peterside Gets Support From Anglican Church