The premises of the Rivers
State Ministry of Women Affairs last Friday was  agog as female journalists under the auspices of the Nigerian Association of Women Journalists (NAWOJ), in Rivers State and beyond converged to witness yet another conference, the ‘5th Triennial Delegates Conference of NAWOJ, Rivers State, 2014.
It was a forum for the professional women journalists to meet with each other again in euphoria, ease off their official duties as well as sharing ideas that are of utmost upliftment to the ever-evolving challenges in the faces of their professional career and gender. Moreso, it was a conference that heralded a new executive body, on whose shoulders the affairs of the association would rest for the next three years.
Showcasing the progress of the association in the past three years (August 2011-August 2014), the outgone chairman of NAWOJ, Rivers State, Dr Enale Kodu, revealed that the association embarked on several gender-based advocacy programmes and seminars that had formed a source of an eye-opener not only in the discharge of their professional duties but of gender integrity and domestic affairs.
Among them were the partnership with the Preventive Health Initiative, a one-day awareness creation programme on ‘Youth Against Cancer For In-School Youths, ‘Women’s sexual and Reproductive Health and Rights.’ a seminar on ‘Ensuring National Peace and Stability, The Role of Women Journalists’ as well as rallies, courtesy calls, conferences and media chats.
The theme of the conference, ‘Women, The Building Blocks For Better Service Delivery In Politics,’ wouldn’t have been more apt. Quite expository and inspiring not only for the women journalists, but women in general, and the Guest Lecturer, Barr Victoria Opara did justice to the issue.
Opara challenged the women to desist from their usual habit of under estimation of themselves, but rather stand tall and be on the decision table, an act without which she said the women’s voice and plight would remain unheard.
According to her “going by the theme, it suggests that there are two sides needing both to make a whole. Thus, the woman is one component that is needed to make this country move forward even in politics as far as efficiency and effectiveness are concerned.”
Resounding that the ‘Pen Is Mightier Than Sword,’ Opara urged the professional women journalists to use their pen to press on issues that affect them in all spheres maintaining that it is still dependent on the woman whether or not her plight is attended to.
While noting that the Nigerian Constitution and religion were key factors militating against women even in their participation in politics, she said: “you must know that if you are not there, nobody will speak for you. Don’t be an enemy of yourself, it is incumbent upon you to rise up and put things right. Be the change you want to be, join politics and use your pen to sensitise and promote these issues for your own good.”
The Guest of Honour and General Manager, Rivers State Newspaper Corporation, Mr Celestine Ogolo, charged the women to rise beyond their scope of profession and bring themselves to the limelight even in politics.
Represented by an elder  of NAWOJ in the state, Mrs Juliet Njiowhor, he said “Let these building blocks not be limited to politics, but extended to every aspect of our activities. It takes time and patience, but let’s remain strong.”
The conference featured speeches from the elders of NAWOJ both at the state and zonal levels including Mrs Timipre Idoko, Uche Atuzie, Kate Sam-Mgbor, Lizzy Fumbo, Beatrice Paago among others, who at their various capacities maintained that NAWOJ stands as the voice of women not only in journalism profession but the woman gender in general.
They urged the women journalists to shun their differences and function in close partnership even with other well-meaning women organisation and NGOs to take the association to greater heights within the period in focus. 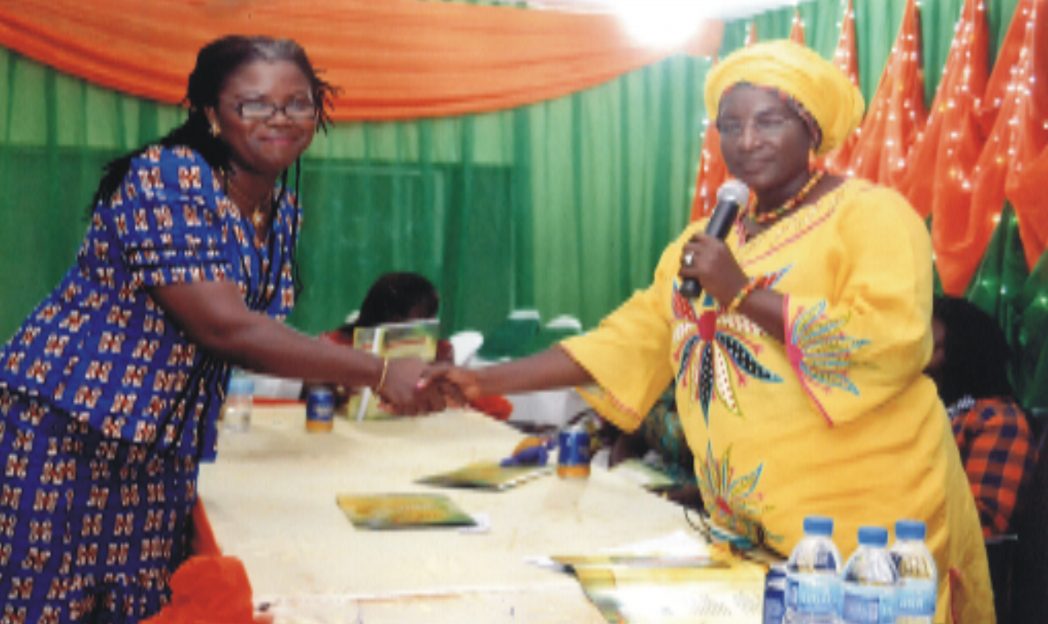 Wedding Ring: The Woman’s Symbol Only?