Doctors without
Borders (MSF) yesterday said that the ebola virus is now out of control in West Africa, with more than 60 outbreak hotspots
MSF warned that if the governments of West Africa do not take measures to stop this epidemic, the virus would continue to spread unabated.
“The scale of the current Ebola epidemic is unprecedented in terms of geographical distribution, people infected and deaths,” MSF said in a statement.
The rapid spread of the disease, which is deadly in up to 90 per cent of cases, has overwhelmed aid agencies and health workers and terrified local communities.
According to the group, “the epidemic is now out of control,” said Bart Janssens, MSF director of operations. With the appearance of new sites in Guinea, Sierra Leone and Liberia, there is a real risk of it spreading to other areas.”
MSF called for a “massive deployment” of medical resources by governments in the region to curb the epidemic.
This is the first time the disease has spread through the region and MSF said it had identified more than 60 separate locations with confirmed cases of the virus.
“Ebola is no longer a public health issue limited to Guinea: it is affecting the whole of West Africa,” Janssens said.
Ebola virus lives in animal hosts, and humans can contract the viruses from infected animals. After the initial transmission, the virus can spread from person to person through contact with body fluids or contaminated needles.
According to WHO, fruit bats of the Pteropodidae family are considered to be the natural host of the Ebola virus.
“Severely ill patients require intensive supportive care. No licensed specific treatment or vaccine is available for use in people or animals. Ebola first appeared in 1976 in 2 simultaneous outbreaks, in Nzara, Sudan, and in Yambuku, Democratic Republic of Congo. “The latter was in a village situated near the Ebola River, from which the disease takes its name,’’ WHO said. 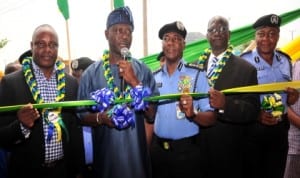