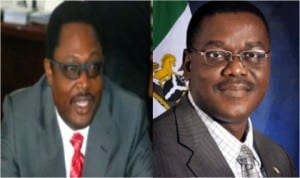 Can We Revive Our Local Languages?

Examining The Issues In National Confab