The management of University of Benin (UNIBEN) has sent a
“Save our Soul’’ message to the Federal Government on the ravaging flood that
has submerged some buildings at its Ugbowo campus.

The UNIBEN Public Relations Officer, Mr Harrison Osarenren,
made the appeal after conducting newsmen round the gully sites at the
institution’s campus.

“I must confess that the gully created by the flood is
giving the management of the institution a nightmare.

“The institution has before now appealed to governments and
Non Governmental Organisations (NGOs) to come and assist us prevent the flood.

“Right now, the situation is getting worse and the gully is
getting wider and wider by the day.

“Its depth is more than 500 metres and about 2 km when
stretched. The flood is causing a lot of threat to lives and property in the
institution,’’ he said.

Osarenren disclosed that the gully, which was first noticed
about six years ago, had forced some lecturers to abandon their apartments,
saying that an assessment of the problem by an expert from the institution
showed that “the university will require about N1.3 billion to tackle the gully
erosion.

“And this of course is out of the reach of the management of
the university. We are appealing to both the federal and state governments for
assistance.

“The Federal Government should urgently release the
ecological fund to assist the university to address the problem.

“We are also calling on NGOs to assist, otherwise, there
might be the need for the authorities to relocate the institution,’’ Osarenren
said.

Our correspondent reports that the flood had damaged a
portion of the university’s land while the fence demarcating the institution
from the neighbouring Ikosodin community had been washed away.

The Niger Delta Development Commission (NDDC) has demanded the refund of N2.5billion from the senator representing Delta North, Chief Peter Nwaoboshi, for contracts his companies allegedly failed to execute.
The commission made the demand in a letter to the senator, which was made available to newsmen in Port Harcourt.
However, the names of the errant firms were not disclosed in the letter addressed to the lawmaker.
But, in the letter, the commission insisted that Nwaoboshi must refund the money within two weeks.
The letter, dated July 5, 2020, and signed by the Director, Legal Services of the NDDC, Peter Okoro, requested the senator to pay back the money meant for the supply of plastic chairs and desks for primary and secondary schools in the Niger Delta region in 2017.
Part of the letter reads, “Instead of supplying the chairs and desks to the commission’s warehouse in Port Harcourt or to any of the NDDC offices in the nine Niger Delta states, the items were supplied to a warehouse described as ‘Akuede Akwis’ located at Benin Expressway, Okpanam, before Wichetech Aluminium Company.”
According to the letter, the lawmaker’s firms were paid to supply the plastic chairs and desks to schools in Delta North Senatorial District, including desks and benches to selected schools in the Niger Delta.
The NDDC noted, “Despite having fully paid for the 2017 contracts for the production of chairs and desks, the items have not been supplied to the commission.
“The resultant effect is that the commission and the Niger Delta region have been deprived of the use of the desks and chairs.”
When contacted, the NDDC spokesperson, Charles Odili, confirmed the authenticity of the letter.
In response, Nwaoboshi, in a statement by his media aide, Awele Onokwai, last Friday, said the matter was already before a competent court of law, adding that the senator had yet to receive a copy of the letter purportedly addressed to him from the NDDC.
Nwaoboshi described the letter as fake as it was not officially addressed or signed, stressing that the letter did not link him to any of the contracts.
The statement read in part, “Our attention has been drawn to the purported subject matter above, credited to one Peter Claver Okoro, Esq, posing as the Director, Legal Services of the Niger Delta Development Commission, and we make bold to state the following:
“That the purported matter is subjudice as it is already before two law courts of competent jurisdiction in Nigeria, wherein, Distinguished Senator Peter Nwaoboshi sued the NDDC, Mr Charles Odili and relevant newspapers for defamation of character.
“The purported letter addressed to Senator Peter Nwaoboshi was written on the 5th of July, 2020, and as of today, 7th of August, 2020, the said letter has not reached Senator Peter Nwaoboshi – either in person or office or by substitution.
“The purported letter, unlike any formal letter emanating from a recognized government ministry, agency or department is not signed, therefore, can easily be denied.
“Nowhere in the contents of the purported letter was it stated that the contractor is directly linked to Distinguished Senator Peter Nwaoboshi.
“Nowhere in the purported letter was it stated that the warehouse, where the plastic chairs were domiciled, belongs to Distinguished Senator Peter Nwaoboshi”, the senator’s response, indicated.
It would be recalled that Nwaoboshi, his colleagues in the National Assembly and some former ex-governors have denied being contractors to the NDDC.
Similarly, the embattled management of the Niger Delta Development Commission NDDC) has issued a seven-day ultimatum to the former acting Managing Director under the Interim Management Committee (IMC), Dr Joi Nunieh, to refund N1.96billion allegedly collected for the fight against Lassa fever in the region.
The Director, Legal Services of the commission, Peter Clever Okoro, made the development agency’s position known in a letter addressed to Nunieh, and made available to newsmen, in Port Harcourt, at the weekend.
He said the ultimatum to refund the money was in compliance with the order of the Senate.
Okoro, in the letter, entitled, “Demand for the refund of N1.96billion to the Niger Delta Development Commission”, said the demand was in respect of the failed payment for requests for Lassa fever kits dated January 17, 2020 from the director, Education, Health and Social Services, when she was acting MD/CEO of the commission.
It would be recalled that, Nunieh, while speaking to journalists after the final session of the Senate Ad-hoc Committee, last month, had stated that no payment was made by the NDDC under her watch without the knowledge of the Minister of Niger Delta Affairs, Senator Godswill Akpabio.
She said only N8billion was expended by the agency from October 29, 2019 to May 31, 2020, when she held sway contrary to the figure being bandied around. 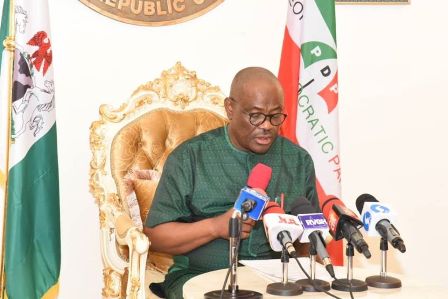 Newly appointed Commissioner representing Rivers State in the Federal Character Commission(FCC), Hon. Augustine Wokocha, has assured that his tenure will redress all deficiencies suffered by the state in past five years in both state and federal positions.
Wokocha in an exclusive chat with The Tide at the weekend said the commission in Rivers State had started collating data on different ministries, parastals, boards in both federal and state levels.
“I have begun the process already and I will reveal the data available to the commission of how people are placed, and projects executed, to see how we are placed in the comity of states,” he declared.
The federal commissioner who started work in July assured that his five year tenure would witness improvements in all spheres of enforcing the FCC Act.
In his words,” federal character compels the governments at all levels to make appointments based on fairness and equity such that every side is given a sense of belonging.”
He however, posited that it would be too early to take a position considering the fact that both federal and state governments were constitutionally obligated to follow the FCC Act by ensuring that employments,political appointments and positions are fairly distributed to all groups and zones in the country.
To further achieve his vision, he hinted of engaging stakeholders across board, including the state government to ensure equity and fairness were enforced in the polity.
In terms of projects execution and distribution in Rivers State, the former member of the State House of Assembly praised the state Governor, Chief Nyesom Wike for siting projects in different parts of the state as specified by FCC law.
“Before the elections I was at the Ogoni area and I saw a massive road project ongoing. At the time, one lane of that road had been completed. These things are done in local villages. 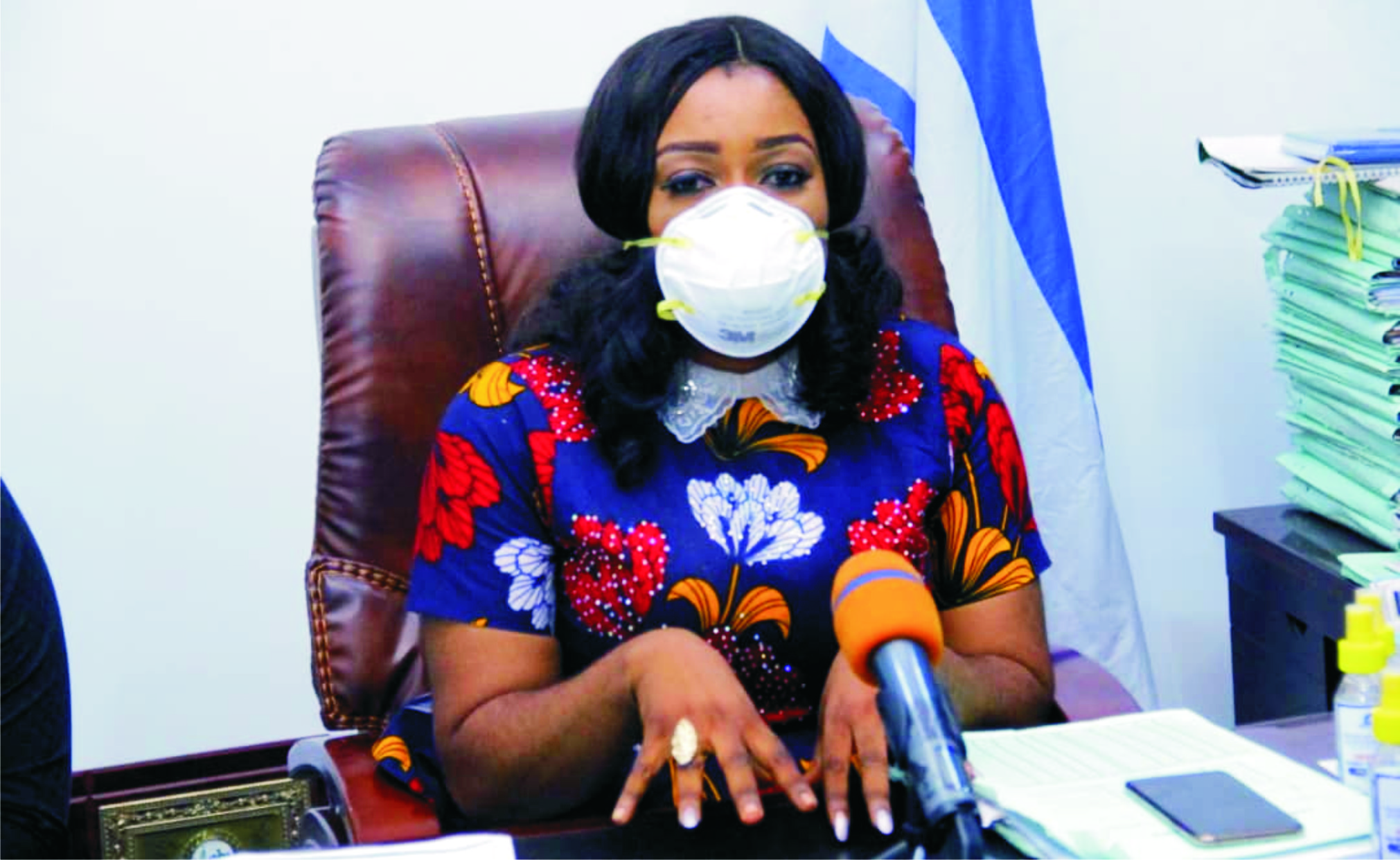 A 23-year-old widow allegedly raped by a police inspector for not wearing a face mask in Sakpenwa, Tai Local Government Area of Rivers State, has alleged that she is under pressure to abandon the case, noting that she was committed to get justice.
The mother of two, disclosed that there were moves from some quarters for her to let go of the case, saying she would not back down until justice was served.
The widow told our correspondent in Port Harcourt, Rivers State capital that the insinuation that she was seeking settlement was incorrect, adding that she had been cooperating with the police in their investigations.
She claimed that one of the policemen in company of the alleged rapist Inspector Peter Ibah had confessed in the course of the investigation that she was actually arrested for not wearing a face mask and taken to a hotel, instead of a police station.
The woman stated, “I want justice. I am still begging for justice to prevail. I have not abandoned any case and I don’t think I will ever do because I don’t need money. It’s not money I need, I need justice. I have gone to the police station to make a statement. Luckily, one of the police officers among the three especially the sergeant that arrested me has confessed that truly I was arrested over face mask and taken away by his boss.”
The widow however, expressed worry that she was being stigmatised by some persons who had identified her, adding that there were people who disbelieved her story.
Our correspondent recalls that the state Commissioner of Police, Joseph Mukan had ordered a full scale investigation into the incident, assuring that the widow would get justice.