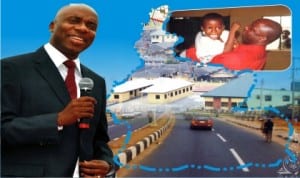 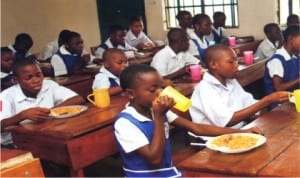 Upon coming into being on October 26, 2007, the present administration in Rivers State, led by the governor, Rt Hon. Chibuike Romiti Amaechi, wasted no time in unveiling its development agenda, part of which was the Greater Port Harcourt City project.

As the capital of Rivers State and nexus of the nation’s all-important oil and gas industry, Port Harcourt also dons the toga of a thriving commercial and industrial hub in addition to being Nigeria’s Garden City.

It is perhaps for these reasons that the city has continued to witness steady growth in human population which has, in turn, exerted a serious strain on its existing infrastructure.

Information available at the Greater Port Harcourt City Development Authority (GPHCDA), explains five reasons for which the state government is building the New City. These are:

* The fact that Port Harcourt, the treasure base of the nation, is the fastest growing city in the Niger Delta means that there is the need to control its development.

*The need to modernise Port Harcourt and reawaken the once thriving Garden City.

*The need to improve the standard of living of all people in the city by providing better living environments that are properly serviced; and give access to social services and infrastructure.

*The need to create a modern business node that will accelerate economic growth and development supported by appropriate economic policies and good government.

*The need to plan the city in a manner that will attract private sector interest, involvement and investment in infrastructure, housing, retail, offices and other commercial facilities.

One of the earliest demonstrations of Amaechi’s commitment to the Greater Port Harcourt project came with the commissioning of Arcus GIBB, a reputable South African engineering firm, to study the entire landscape surrounding the state capital and produce a master plan for the development of a new Port Harcourt city. And there is no doubt that what the firm produced did impress the governor.

“To this end, government will establish a Greater Port Harcourt City Development Authority charged with the responsibility of implementing the master plan. We have set aside N50 billion this year to fund the project. Let me assure you all that at the end of this exercise, we will have a world-class city that will be clean, green, orderly and a delight to live in,” he said while presenting the GPHCDA bill to the State House of Assembly in 2008.

How Far Has The Dream Gone?

The GPHCDA, which law came into effect on April 2, 2009, has the mandate to facilitate the implementation of the Greater Port Harcourt master plan and build the New City.

The Authority functions through a 17-member governing board with Chief Ferdinand Alabraba as chairman while its day-to-day operations fall under the Administrator, Dame Aleruchi Cookey-Gam, a lawyer, former Attorney-General and later, Secretary to the State Government during the administration of Dr Peter Odili.

So far, GPHCDA’s master plan implementation approach has been quite methodical and involves a phased development of the New City beginning with Phase 1 which is divided into A,B,C,D and located in the northern axis of the plan, near the Port Harcourt International Airport.

The Authority has already awarded contracts for the construction of roads, drainages, water scheme, electricity and other necessary infrastructural facilities that will attract individual and corporate developers to the area.

Apart from the Port Harcourt Mega Bus Terminal which is now fully completed and some facilities at the Rivers Sports Village which were completed and used during the 17th National Sports Festival last year, work is currently in progress at the new site of the Rivers State University of Science and Technology; the Rivers Mega Hospital; the Federal Housing Scheme; Joseph Yobo Road; and the PTDF National Centre for Skills Development.

Other projects for which contracts were recently awarded in the New City include: the storm water drainage and reticulation contract; the 33 KVA electricity supply substation contract to Weltek Nigeria Limited; provision of housing and township services by DSC International Company Limited; and the N709.4 million temporary bulk water supply scheme awarded to Paterson Candy International Limited.

As for local and foreign business investors, it is expected that they will endeavour to take advantage of the numerous incentives on offer by the government, in addition to the already existing investor-friendly legal regime in the state.

A five-year tax holiday, free land in the New City, rebate on off-take guarantees, international carbon credits and other special concessions are already up for grabs by investors who meet certain regulatory requirements as spelt out by GPHCDA.

Also, the Rivers State Public Procurement Law of 2008, Public Private Partnership Law of 2009, GPHCDA Law of 2009, Fiscal Responsibility Law of 2010 and the Federal Government’s Infrastructure Concession and Regulatory Commission Act of 2005 are already in existence to ensure due process and transparency in government’s transactions, protection of private investments and procurement of indemnities in case of any government default, among others.

What Programmes Does The Amaechi Administration Hope To Deliver In 4 Years?

From the onset, the Rivers State Government knew that it will be beyond the state to wholly fund the development of a new Port Harcourt City. Nevertheless, the Amaechi administration had proposed an annual expenditure of N100 billion for 50 years alongside private partners (under a PPP arrangement), beginning with the 2009 budget.

Given the international prominence which Port Harcourt already enjoys, particularly on account of oil and gas, coupled with its status as an industrial and commercial centre, there is no doubt as to the City’s impending growth into an investors’ paradise. But first, certain basic amenities have to be on the ground to attract such businessmen into the suburban Greater Port Harcourt brushes.

This probably explains why the state considered floating a N250 billion infrastructure bond to enable it fund such key projects as the new state university, mega hospital and its M1 Road before the end of the present administration.

Again, it could be recalled that the state recently suffered financial denials following the ceding of its 86 oil wells to neighbouring Akwa Ibom State. Although the issue has been resolved and a refund ordered, there is every likelihood that such accruals would have found expression in the New City’s development had the money come at its due time.

What Are The Challenges?

When the government announced its intention to develop a new city, mostly northward, and away from the old Port Harcourt city, the initial public reaction was better seen than imagined.

Many Rivers people, particularly the riverine folk, were angered over the very idea of having to move the state capital further into Ikwerre land and, with it, the nation’s pioneer university of technology. The state administration was particularly accused of promoting an ‘Ikwerre Agenda’—being that the governor is an Ikwerre man.

Truth is that the Greater Port Harcourt Project was initially a hard sell even to Ikwerre landlord communities which feared that there may not be adequate, if any, financial recompense. But with time and having seen the international standard employed in the design and construction of some of the projects, there is now a wider public acceptance of the government’s motives.

There is also a better appreciation of the economic benefits that will soon be enjoyed in the area and later spread to the rest of the state.

Of course, scarcity of funds will always constitute a big challenge for projects of this nature. It is even more so now that recession is prevalent in Europe and America from where most  of Africa’s investors and investible funds originate.

Rivers At 45! … Any Reason To Celebrate?