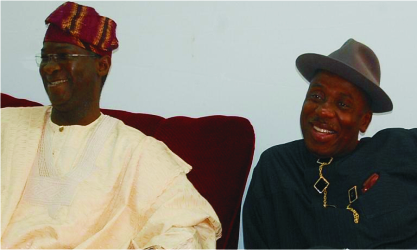 Political parties primaries nationwide in which about 60% of the seating senators could not secure their parties tickets for the April polls are likely to affect the performance of the last lap of the sixth senate and the stability of the parties at the upper chambers of the National Assembly.

A Senator who preferred anonymity agreed that imminent mass defection by those he  called disgruntled senators would definitely alter the political equation as well as evoke some measures of loss of loyalty to the senate leadership.

The Senate’s spokesman , Senator Ayogu Eze who had dismissed reports that the affected lawmakers at both chambers were blaming their defeat on the leadership of the Senate and House of Representatives for which they were alleged to have plotted a showdown on Senate President, David Mark and Speaker, Dimeji Bankole, only confirmed the anticipated defection of the lawmakers from Peoples Democratic Party (PDP) to other parties and vice-versa to actualise their ambitions.

Ayogu Eze stressed that senators were elected by their people through democratic means and not by the Senate leadership.

According to the Chairman Senate Committee on Information, Senator Eze in his statement said, no lawmakers could be said to have lost in the bid to return to the Senate as according to him, there were many other platforms .

He said, “my attention has been drawn to speculations in the media to the effect that some senators who did not make the primaries of their various political parties are blaming their fortunes on the Senate leadership. “I want to say that this is untrue as the processes of nomination of candidates in the parties are still ongoing, till January 31, 2011. It is therefore preposterous at this point to conclude that any candidate has won or lost. Besides, loss of primary election in one party does not mean that the candidate is not returning to the Senate as the reports suggest, as there are other platforms and vehicles through which those shortchanged in their parties but who feel they are liked by their people can return to the senate.

“I am aware that many senators have left the parties through which they came to the sixth senate and have adopted other political platforms to pursue their ambition to return to the Senate in April 2011”.

There were also hints that the affected lawmakers are likely to announce their defection immediately the legislature resume plenary and that this may create some frictions in the Senate as some of them are currently heading certain sensitive standing committees.