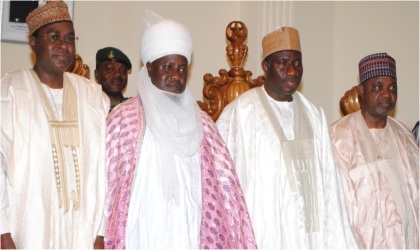 A United Nations team will visit Nigeria in the third week of January over the arms shipment intercepted from Iran, a senior Nigerian official has said.

“The eight-man UN panel of experts on Iran will arrive Nigeria tentatively on January 18 or 21, for a three day working visit,” the official, who spoke on the condition of anonymity, told newsmen in New York.

The official said the panel’s earlier request to visit Nigeria this month was not cleared from Abuja due to “administrative reasons.”

“But I can confirm to you that we have written them requesting that they choose between those two dates in January,” the source added.

An eight-man panel was appointed in November by the United Nations Secretary-General to monitor states’ implementation of the sanctions against Iran.

A Nigerian, Maj-Gen. Ishola Williams, is a member of the panel, which is coordinated by Ms. Salomé Zourabichvili of France.

Other members of the panel expected to visit Nigeria are Jonathan Brewer from the United Kingdom, Kenichiro Matsubayashi from Japan, and Jacqueline W. Shire from the United States.

Also on the team are Elena Vodopolova from Russia, Christof Wegner from Germany and Wenlei Xu of the People’s Republic of China.

The eight-man panel while in Nigeria will meet with officials of some key government agencies involved in the investigation.

They will also inspect the seized cache of arms.

Nigeria reported Iran to the UN in November after security agents intercepted weapons hidden among building materials on a ship docked in Lagos in October.

An Iranian man and three Nigerians had been accused of attempting to import the arms.

Iran is under UN Security Council sanctions, including an arms embargo, over its nuclear programme.

‘No Vacancy In Rivers Brick House’