The nation’s global attractiveness for investment and trade anchors on so many variables. Most of the very essential variables, especially power supply, have either been epileptic or in short supply.

In spite of the shortage or the seeming non-availability of certain variables that ought to move the economy to the realization of Vision 20-20-20, there are other variables in abundance, if properly harnessed that would have led to actualizing the nation’s dream of becoming one of the world’s most powerful economies.

One of such salient potentials that need to be tapped is the abundant tourism sites and environment that are scattered all over the nation.

Opobo/Nkoro Local Government Area, one of the 774 council areas in Nigeria, lying in the southern part of Rivers State with Hon. Maclean Bethel Uranta as its current executive chairman, has a lot of tourism sites, environment, and potentials that can earn so much foreign currency for the nation.

The council area, which comprises of coastal communities that were involved in colonial trade and nationalist struggle, has abundant sites and relics to show case to tourists.

A journey to Opobo Town, for instance, will afford one the opportunity of coming face-to-face with, among other things, sites of attraction like, the old colonial courthalls used by King Jaja and compatriots, King Jaja Monument Square, colonial bells, old St. Paul’s building, the various families, huge and gaily designed carved boats for regatta neatly housed at the waterfronts, the surging see waves cascading every creek and river up to the Atlantic Ocean.

The communities of Opobo/Nkoro are well renowned for their cultural prowess and practice of traditional norms. Aside the annual ‘nwaotam’ and other masquerade dances, at intervals, the people organize other cultural activities like iria, and egerebite which attract visitors to see the celebration of womanhood in the area.

Understanding the prowess and talents of his subjects and the attractive environment of his domain, the Amanayanabo of Opobo Kingdom, His Majesty, King Dandeson Douglas Jaja, Jeki V, has initiated and seen to the full implementation of the tourism potentials of his people through the Opobo International Boat Racing and Regatta festival (OIB) since January, 2007.

This annual festival has continued to grow by every standard to such an extent that in 2009, OIB has its first outing as a national cultural festival.

In this annual festival, not only that lovers of culture and tradition are brought to Opobo Town to see what makes Opobo Kingdom exceptional in its historical legendary, but also an opportunity for contestants to battle against tide and opponents to win coveted prizes and trophies to the admiration of all.

The contests at the festival test stamina, speed and skill, of participants in a very natural environment. The swimming competition, for instance, takes place not in an artificial swimming pool but in the salty water of Imo River with the tide and the alkaline content of the water posing their own test too.

The regatta festival is fast becoming a global sport. The competition and excitement of the races with the colourfulness of the regatta parade, create an atmosphere that will make an onlooker to immediately see the blessedness of Nigeria, the Niger Delta, Rivers State, Opobo/Nkoro, and indeed, Opobo Kingdom.

Of a truth, OIB is a welcome development initiated by His Majesty, King Dandeson Jaja, and should be sustained.

One thing stronger than all the armies in the world, according to Victor Hugo, is an idea whose time has come. Indeed, the time has truly come to leverage the tourism potentials of Opobo/Nkoro.

As if the natural endowment of the place and its people and the OIB initiative of the royal father is not good enough to the people, the Hon. Maclean Bethel Uranta-led administration in Opobo/Nkoro does not just mute the idea of developing the tourism potentials of the area, but on assumption of office, also went ahead with the construction of Opubo Hotels, a three-star hotel with modern gadgets and facilities, to further strengthen the hospitable nature of the people.

One can say, with all amount of conviction, that Opubo Hotels is the first of its kind in Rivers South-East Senatorial District.

It is centrally located in the ancient city of Opobo Town with accessible road, standby power supply, conference halls, single and double suites, bars and restaurants, fitted with modern facilities.

Opubo Hotels, when fully functional, will not only earn income for the council but will also be a decent home to accommodate visitors, both foreigners and Nigerians, even as they remain either to do business or to enjoy the tourism potentials of the area.

The council is making conscientious efforts at acquiring space at the newly­ sand filled portion of Opobo Town which it intends to develop into a tourism village.

This tourism village intends to have a vast parking lot, bush bars, mini-museums for preservation of historical and traditional artifacts, among other facilities.

Since no society will thrive towards real development in the face of insecurity and unrest, and seeing that there were elements of criminality infiltrating into the very peaceful local government area, Hon. Uranta, on being saddled with the task of leading the people of the area, has done all within his powers, to bring both the area to its usual status of a peaceful and secure area for business and tourism to excel.

As commendable as the various efforts made so far in developing the tourism potentials in Opobo/Nkoro may be, we still know that a lot is still desired.

The various levels of government should urgently do something to stop the communities of the area from being washed ashore by tidal waves.

The government should see that tourist sites in the area, like Olom-Nkoro where some ancient canons presumably used by King Jaja and his compatriots to fight the war that brought them to their present location, should not only be preserved but the inhabitants of such places be given the proper orientation they need.

Residents of the area need to be properly orientated on the gains of a secure and peaceful living and avoiding things that are inimical to the environment and the society.

If and when the conscious efforts of the people, the royal fathers, and the various levels of government are properly harnessed and utilized, the tourism potentials of Opobo/Nkoro Local Government Area will be leveraged and the council can begin to internally earn reasonable income for its developmental needs.

Oruigoni is the information officer, Opobo/Nkoro LGA of Rivers State.

NHIS: Any Impact So Far? 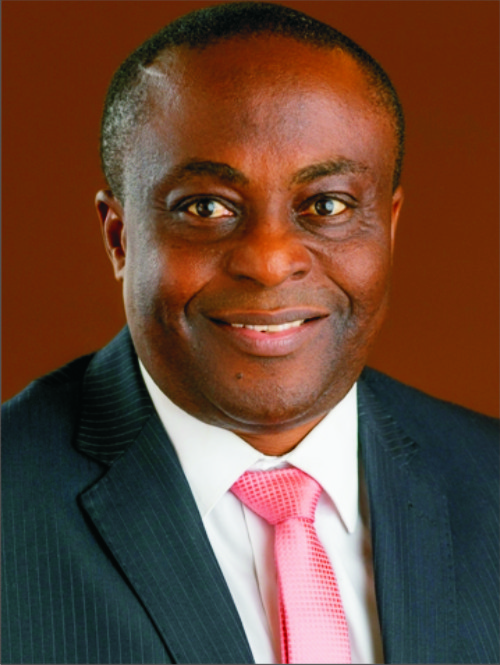