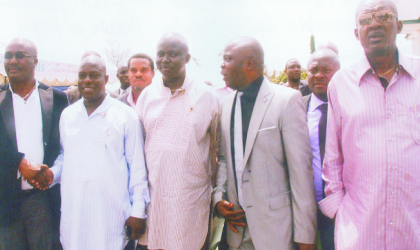 It was gathered that the former minister’s problem started when he was prevented  from boarding an Europe bound aircraft.

After the former minister was prevented from travelling, he had no other choice than to return back to his location in Abuja.

Analysts say the plan by Aondoakaa to fly out of the country may not be unconnected with the Acting President’s directive to the Economic and Financial Crimes Commission (EFCC) to probe former ministers.

The controversial former minister was a key kitchen cabinet member of the Yar’Adua’s administration who worked assiduously to stall efforts at declaring Goodluck Jonathan the Acting President.

Soon after Jonathan was confirmed Acting President in February, Aondoakaa was redeployed as minister for Special Duties, an inconsequential position widely considered as demotion.

He was eventually dropped in the recent dissolution of the Federal Executive Council.

Prayers For Mr President …The Lies, The Truth, The Intrigues