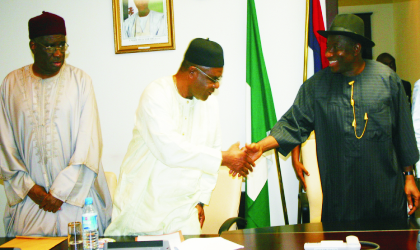 An Indigene of Rivers State, Mr Luke Benjamin from Andoni Local Government Area has been reportedly killed by his Gabonese wife in Libreville, the Gabonese capital

The Vice President of the United Niger Delta, the Fugees in Gabon, Mr Innocent Kagbo disclosed this in a text message to The Weekend Tide in Port Harcourt.

Mr Kagbo said that the deceased, a father of two, was allegedly shot dead by his Gabonese wife at Libreville on the 10th of March, 2010, following a disagreement between them.

He said the incident was immediately reported to the Nigerian Embassy in Libreville and the Gabonese authorities, but regretted that no action had been taken on the issue as at press time.

Mr Kagbo, who hails from Zaakpon in the Khana Local Government Area of the state, further told The Weekend Tide via telephone that the deceased, who worked in one of the firms in Libreville has been in the country for the last 10 years.

He also disclosed that the association had concluded an arrangement to fly his body to the State for burial, but noted that they need N2million for it.

The association’s Vice President, who attributed the incident to the xenophobic policy of the people of that country noted that majority of Niger Deltans, both men and women now live in fear for their lives.

Investigation by The Weekend Tide has revealed that the  late Luke Benjamin may have come from Asarama, Andoni, as sources from the community confirmed the death of an indigene of the community in Gabon.