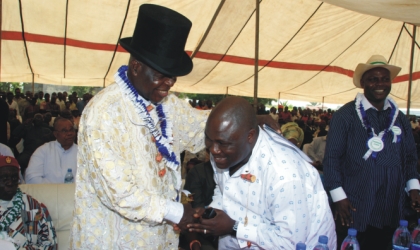 Yemeni forces raided an al-Qaida hideout and set off a gunbattle Wednesday as the government vowed to eliminate the group that claimed it was behind the Christmas bombing attempt on a United States airliner.

The fighting took place in an al-Qaida stronghold in western Yemen, haven for a group that attacked the US Embassy here in 2008, killing 10 Yemeni guards and four civilians. A government statement said at least one suspected militant was arrested during the clashes.

“The (Interior) Ministry will continue tracking down al-Qaida terrorists and will continue its strikes against the group until it is totally eliminated,” Deputy Interior Minister Brig. Gen. Saleh al-Zawari told senior military officials at a meeting in Mareb, another province believed to shelter al-Qaida fighters.

Al-Qaida in the Arabian Peninsula, an offshoot of Osama bin Laden’s group, claimed it was behind the attempt to bomb a Detroit-bound airliner. Nigerian Umar Farouk Abdulmutallab, a 23-year-old passenger, was arrested Friday after he allegedly tried to bring down the Northwest Airlines flight, carrying 289 people.

US investigators said Abdulmutallab told them he received training and instructions from al-Qaida operatives in Yemen. Yemen’s government has said Abdulmutallab spent two periods in the country, from 2004 to 2005 and from August to December of this year, just before the attempted attack.

Abdulmutallab’s Yemen connection has drawn attention to al-Qaida’s growing presence in the impoverished and lawless country, which is located on the tip of the Arabian Peninsula across the Gulf of Aden from Somalia.

Wednesday’s clashes took place in Hudaydah province, an al-Qaida stronghold along the Red Sea coast. A security official said the target was a house owned by an al-Qaida sympathizer. The official said the owner was arrested, a suspected al-Qaida member was injured and several militants who fled were being pursued. He spoke on condition of anonymity because he was not authorized to speak to the press.

The US has increasingly provided intelligence, surveillance and training to Yemeni forces during the past year, and has provided some firepower, according to a senior US defense official, who requested anonymity because he was not authorized to discuss the subject.

He said the program was not a new one.

“We are going to work with allies and partners to seek out terrorist activity, al-Qaida, wherever they operate, plan their operations, seek safe harbor,” he said. “This is an effort that is years old now.”

In Holland, the Dutch government issued a preliminary report Wednesday calling the airliner plot professional, but describing the execution as “amateurish.”

Dutch Interior Minister Guusje Ter Horst told a news conference that Abdulmutallab apparently assembled the explosive device, including 80 grams of PETN, in the aircraft toilet, then planned to detonate it with a syringe of chemicals. She said the explosives appeared to have been professionally prepared and then given to Abdulmutallab.

President Barack Obama has demanded a preliminary report by Thursday on what went wrong in the Detroit case. Obama said the intelligence community should have been able to piece together information that would have raised “red flags” and possibly prevented Abdulmutallab from boarding the airliner.

Abdulmutallab had been placed in one broad database, but he never made it onto more restrictive lists, despite his father’s warnings to U.S. Embassy officials in Nigeria last month.

Abdulmutallab attended a two-week seminar in Houston in August 2008 that was conducted by the AlMaghrib Institute, a Web-based Islamic education center, said Waleed Basyouni, vice president of the institute. The institute is cooperating with authorities, he said.

Meanwhile, officials told The Associated Press on Wednesday that a man tried to board a commercial airliner in the Somali capital of Mogadishu last month carrying powdered chemicals, liquid and a syringe in a case bearing chilling similarities to the Detroit airliner plot.

The Somali man – whose name has not yet been released – was arrested by African Union peacekeeping troops before the November 13 Daallo Airlines flight took off. It had been scheduled to travel from Mogadishu to the northern Somali city of Hargeisa, then to Djibouti and Dubai.