The chairman and chief executive officer of Monipulo Oil Services Company Nigeria, Chief Dumo Lulu Briggs has called on the federal government to intensify efforts towards achieving social development in the country.

Chief Lulu Briggs made the call in Abuja last weekend at the launch of a book “Participation in Petroleum Development: Towards Sustainable Community Development in Niger Delta,” written by Dr Aseme-Alabo Edward Bristol Alagbariya.

He stated that the provision of accessible roads, healthcare centres and markets by all tiers of government, would help in reducing poverty in the society and urged private organisations especially, those in oil and mining industries to complement government efforts by contributing to the development of their host communities.

Chief Briggs who was the chief launcher at the occasion lauded the effort and courage exhibited by the author in x-raying the problems of the Niger Delta region as well as proffering solutions that would help curb the mirage of problems associated with the region.

He later launched the book with the sum of N.2 million on behalf of his family.

General Babangida called for improvement of the well-being of the oil producing communities as well as those endowed with solid minerals, as a logical follow-up to the amnesty period.

Represented at the occasion by the chairman and chief executive of Niger Delta Projects Consortium Limited, Chief Jasper F. Jumbo, the ex-military president noted that the author, Dr Edward T. Bristol Alagbariya, had examined the crisis in the Niger Delta, how to resolve it on the basis of citizen’s participation, in accordance with the principles of true federalism as well as transparent and accountable democratic governance in the Federal Republic of Nigeria.

The former president averred that the establishment of the defunct Oil Minerals Producing Areas Development Commission (OMPADEC) by his administration was aimed at fast-tracking development in the Niger Delta region.

Reviewing the book, Prof (Mrs) Yinka Omorogbe adjudged the book as being very well written and recommended it to policy making and policy implementation agents of government for application, adding that it is a must read book because it also deals on deep and serious community issues.

In his speech at the occasion, the author of the book, Dr. Aseme-Alabo Edward Bristol-Alagbariya said he decided to write the book towards resolving the Niger Delta question in the interest of the people of the region and the country at large within the framework of global politics.

The National Organising Secretary, Peoples Democratic Party (PDP), Prince Uche Secondus who launched the book with the sum of one million naira promised to sponsor reprinting of the book which would be donated to the Rivers State government for distribution to various schools in the state as a way to support the development of education.

The Bonny Local Government Council chairman, Barr Edward Pepple purchased 50 copies of the book which he said would be distributed to all the schools in the area.

Other dignitaries at the occasion, include, Prof. Nimi D. Briggs, who represented the Rivers State Economic Advisory Council (RSEAC), as well as the Representative of the Minister of State for Petroleum, Odein Ajumogobia. 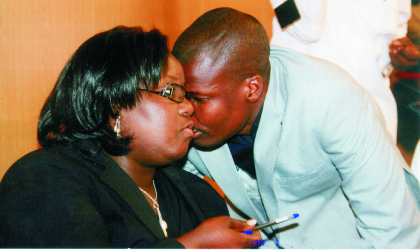