The president and his vice, Dr Goodluck Jonathan will continue in their respective roles and the vice will not assume presidential duties, a spokesman also said.

President Yar’Adua has acute pericariditis an inflammation of tissue around the heart, and he is responding well to treatment, according to his doctor, Salisu Banye.

Amidst growing tension over the president’s health, his Special Adviser on Media and publicity, Olusegun Adeniyi who read to the journalists the statement issued from Saudi Arabia by Dr Salisu Banye, confirmed that the president, “is now receiving treatment for the ailment and is responding remarkably well.”

The statement which was read to journalists at the Press Centre of the State House Banquet Hall stated that, “at about 3.00pm on Friday, November 20, after he returned from the Abuja Central Mosque where he performed the Juma’at prayers, President Umaru Musa Yar’Adua complained of left sided severe chest pain. Preliminary medical examinations suggested acute pericardidis (an inflammatory condition of the coverings of the heart.).

“It was then decided that he should undertake confirmatory checks at the King Faisal Specialist Hospital and Research Centre in Jeddah, Saudi Arabia, where he had his last medical check-up in August. The medical review and tests undertaken at the hospital have confirmed the initial diagnosis that the president is indeed suffering from acute pericarditis.

“He is a human being, naturally he will feel bad. This is not the first time the president was aware of the rumour. He felt bad about it as any normal human being would”, Adeniyi stated. 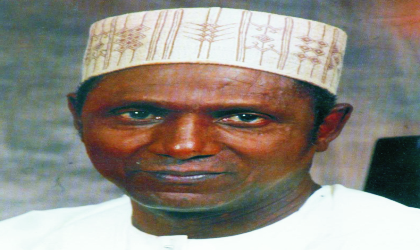