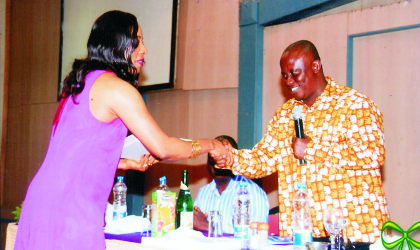 Chairman of the Rivers State Council of Traditional Rulers, Eze Ogba of Ogbaland, Sir Chukwumela Nnam Obi II has decried the spate of killings the state had witnessed in the past three months.

The traditional ruler made public his displeasure at the official opening ceremony of the annual press week activities of the Nigeria Union of Journalists, Rivers State Chapter, Monday.

The Oba’s view came few days after a former lawmaker in the state, Hon. Charles Nsiegbe was shot dead by unknown assailants in Port Harcourt over the weekend.

Oba Nnam Obi II stressed the need for unity and brotherly love among indigenes of the state but tasked the police to live up to its billings of securing lives and property.

Meanwhile, police authorities in Rivers State have promised to track down the killers of the former legislator.

Speaking through the Deputy Commissioner for Operations, Rivers State Police Commissioner, Mr Bala Hassan, said the police received the news with shock and have since swung into action.

Mr Hassan assured that this time the police would uncover the perpetrators of the crime and called on members of the public to co-operate with it by providing valuable information.

The Rivers State police boss who commended the press for its major role in bringing about peace and stability in the state called for the introduction of community policing.

With community policing, he said, most crimes would be checked since everybody would be actively involved.

Few months ago, the Nye Weli Akpor Kingdom, Eze O. O. Oriebe was murdered in his palace at Ozuoba, an outskirt community in Port Harcourt.

Not quite long, the Chief Security Officer of the University of Port Harcourt, Mr Amadi was equally shot dead during a criminal operation in the school campus.

Killers of both Eze Oriebe and Mr Amadi are yet to be apprehended though police had since commenced investigations into the murders.