Cross River State governor, Senator Liyel Imoke, has disclosed that his life is being threatened over his commitment to stamp out cultism in the state.

Imoke cried out before ministers of the gospel in the state while having a breakfast meeting with them at the Governor’s Lodge, Government House, Calabar.

The breakfast meeting was part of the one-week interdenominational gospel programme tagged, “Cross River Prays”which is ending this weekend in the state.

In September, all elected and appointed political office holders in the state were compelled to swear to an oath against membership of any of the many secret cult groups in the state and the country.

Senator Imoke took the lead in the oath-taking exercise, vowing to run a cult-free government.

But addressing the clerics on the efforts of his administration and the vision to sustain and step up the rate of development in the state, Imoke said there were many areas of challenges where he needed partnership with the church to overcome.

After decrying the dwindling revenue base of the state where he noted that the state had lost over N8 billion so far, following the ceding of 76 oil wells to Akwa Ibom State, Imoke disclosed that there were threats to his life because of his approach over the war against cultism in the state.

“I asked the people to vote for me, not cultists; I am not their member. Now, they are threatening my life because we are committed to stamp out cultism,” a source at the closed-door meeting quoted the governor to have said.

The governor asked the men of God to pray for him and his family, pledging that henceforth, he would be working in partnership with them.

Many ministers of the gospel, who were in attendance including the state chairman of the Christian Association of Nigeria (CAN), Bishop Archibong Archibong, thanked the governor for the audience. They also thanked him for the pledge to take the church into partnership in the development of the state, praying that God would form a defence round the governor and his family.

It will be recalled that following the governor’s war against cultism in the state, 10 councillors of Calabar South Local government area were suspended two months ago on allegations of cultism and murder.

The councillors have been charged before a Calabar High Court and remanded in prison. 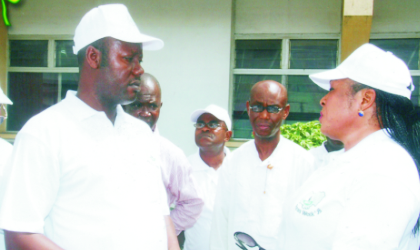