The Rivers State government has been placed on ‘B’ rating in view of its high level of transparency in the conduct of government affairs.

The rating which was assigned by an international research outfit, Standard and Poor, on November 11, is the first time the body is rating a state or regional government.

Besides, the organization noted that the Rivers State government enjoyed a very “comfortable dignity position. It has N86.6bn and $66 as of November 2009 mainly deposited in the First Bank of Nigeria Plc and Skye Bank Plc.”

Though the report indicted the state government over what it termed, “very low, though improving information quality and disclosure by international standards and weak public finance system, which hinders management capabilities,” it praised the government over its “favourable financing system and very low debt.”

According to the report, one of the rationales employed in arriving at the ‘B’ rating is the fact that in Rivers State, “expenditure flexibility is limited because of large development needs that exert capital investment pressure”, and the states “high exposure to oil revenues, which are expected to decline substantially during 2009  2010 compared with 2008.

The report added that the Rivers State government is taking steps to modernize public sector administration, including the upgrading of its information technologies (IT) system, and a more forward greater accountability and transparency.

Based on the 2007 accounts provided by the state, Rivers posted an excellent budgetary performance in these two years (the after-capex surplus was 22% of total revenues), on the back of buoyant oil prices. This allowed strong cash accumulation and permitted an ambitious capex effort totaling Nigeria Naira (NGN) 225 billion (a very high 79% of 2008 estimated total expenditure) without any need to tap the financial markets.

Report added that Rivers will be able to maintain capex without tapping the financial markets, owing to a boost in internally generated revenue, (thanks to the outsourcing of revenue collection with Skye Bank Plc, the state had some NGN95 billion at the beginning of November and, according to our forecast, we expect it to have around NGN90 billion at the year-end 2009.

The report indicates that Rivers receives oil revenue windfalls from the excess crude account (ECA), although the amount is currently uncertain and subject to oil price volatility. 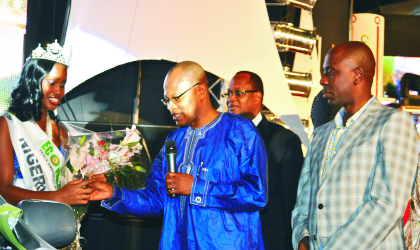