The Federal Government needs an additional US$4.6 billion (N685bn) to invest into the power sector to ensure an uninterrupted electricity supply in the country, the Minister of Power, Dr Lanre Babalola has declared during the weekend.

This is coming after $5.06bn (N762bn) special intervention fund for the sector has been spent with only 2, 900mw realised seven weeks to the expiration of the government’s 6000mw target.

The new amount, according to the minister, is needed to be invested into the ailing sector to boost the generation, transmission and distribution of electricity in the next three years. He said that the projected investment excludes the existing investments by the three tiers of government.

The minister said that the investment, which is through the Niger Delta Power Holding Company in the three areas are N96.7bn for 2010, N536.54bn for 2011, and N53.5 bn for 2012. He said the money will go into areas such as plant rehabilitation and construction for the 6000mw, 10,000mw as well as the overhaul of the running plant to sustain power generation.

Also, the Independent Power Project (IPPs) in the country is in a serious dilemma due to the inability of the over 30 licensed companies for  electricity generation to come on board three years after they were licensed.

The Federal Government had, in a move to complement the epileptic power generation in the country, granted licences to about 30 independent power producers with capacity to generate 10,000mw in the last three years, but couldn’t produce anything three years after, despite several assurances.

The Administrator of the Nigerian Electricity Regulatory Commission, Imamuddeen Talba, revealed over the weekend that majority of the licensees are not capable of meeting their target.

Talba, who spoke at the Annual Ministerial Press Briefing by the Ministry of Power, said an assessment study was conducted by the commission and the outcome was very discouraging.

He said that of the 27 licencees, which are gas-driven plants, only one has so far signed a Gas Purchase Agreement to power its ongoing plant. “We have assessed them and we were able to identify that only few of them are serious. And the only outstanding one is the Geometrics Power Limited, which had already signed an MOU for the gas supply. We are expecting others to go ahead and do that, yet we haven’t got any of them in that respect. We cannot keep on waiting anymore.”

Talba said that the Federal Government, “in view of its desperation to get more electricity investors on board had granted licences to many applicants. As at today we have about 30 licensees; out of them about 27 are all licencees that applied to go into power generation, using gas.” 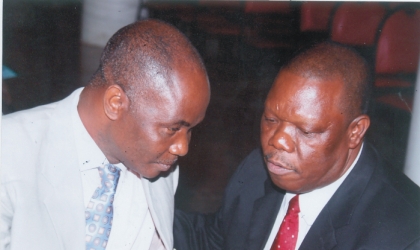