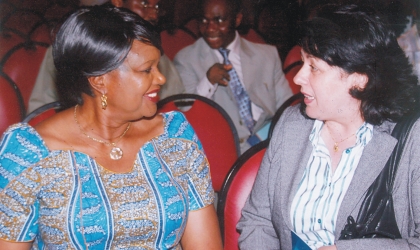 The Rivers State Government has placed a ban on the use of tricycles otherwise known as Keke Napep in Port Harcourt city and environs.

Similarly, the use of motorcycles under any guise by anyone is nolonger allowed in Port Harcourt city and its environs.

The Special Adviser to the  State Governor on Traffic Matters, Engr Ronald Odoyi disclosed this during the inauguration of the new traffic management team in Port Harcourt.

Engr Odoyi also said that all expert riders in the city must be properly registered, while operators of ‘Okada’ in the remaining nineteen local government areas must wear government approved reflector vests and helmets.

He charged the committee members to see the assignment as a state emergency, stressing that the issue of chaotic traffic situation must be brought under control.

Others are Solomon Chukwu from the National Union of Road Transport Workers (NURTW), Comrade Laonte Enaise, S.P Sheman Gano, Cpl Francis Isokpong, PC Emenia Joseph all from the police and Sgt Monday from the Nigerian Army.