The glamour of hosting the Miss ECOWAS beauty contest in Rivers State was boosted with the arrival of 15 pageant queens from Ghana to Port Harcourt.

Their arrival marks the official commencement of the contest to win the coveted crown of being the most beautiful girl to promote peace and unity in the West African region.

The main event would take place on the 14th of November after the contestants have gone through two weeks of grooming and acclimatisation in the state.

Welcoming the contestants, Commissioner for Culture and Tourism, Hon Marcus Nle-Ejii assured them of the hospitality of the people and enjoined them to enjoy their stay in the state.

The Rivers State Commissioner for Culture and Tourism also wished them the best, observing that at the end only one of them would clinch the coveted crown.

In her remarks, Event Manager of Miss ECOWAS and Director of 702 Productions, Mrs Florence Menson stated that this year’s event promises to be remarkable with the increased number of contestants from all the West African countries.

She stated that with the theme, “Peace and Development in Diversity,” the event would unite the region, promote peace and culture in the region.

Mrs Menson commended the government and people of Rivers State for their hospitality saying the hosting of the pageant would boost culture and tourism in the state.

Last year, the Rivers State single-handedly hosted the event as a way of repositioning the state as the centre of culture and hospitability business in the country.

Senegal snatched the crown from about eight West African countries that participated in the event. The winner, Miss Diallo who won both cash prize and sponsorship from participating countries conducted various youths and peace programmes within the period of her reign. 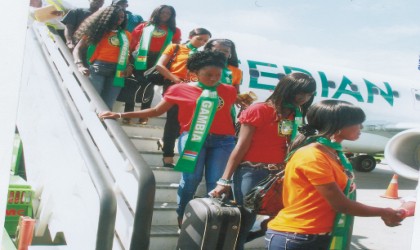 RSUST Closed Down …After Students Protest Against VC