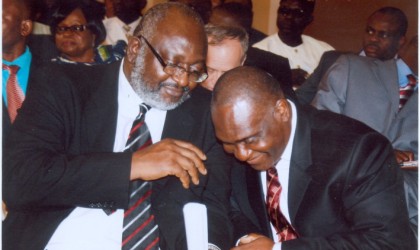 Two students have been killed in renewed cult clashes in Lagos. The two students who were believed to be members of rival campus cult groups were killed Saturday and Monday in Ikorodu and Epe suburbs of Lagos State.

The Tide gathered that Musiliu Babatunde Giwa, an Engineering student of Lagos State University (LASU), Epe campus, believed to be a member of Eiye Confraternity was gunned down on his way to the campus as Eiye and Black Axe Movement clashed in Ikorodu.

Femi Kuti, the second student casualty was reportedly found dead after another round of shooting on Monday in front of Aiyetoro Market, Epe.

Sources said clashes between campus cult groups which had been a regular occurrence in Ikorodu and Epe had abated for a few months before the renewed confrontations in which lethal weapons including guns, axes and machetes were freely deployed in broad day light.

It was gathered that trouble started on Saturday in Solomade Street, beside the Palace of the Ayangburen of Ikorodu, when during a social engagement, members of the two groups attacked one another.

The fighting was said to have abated when the Chairman of Ikorodu Neighbourhood Watch intervened, pleading with the warring groups to embrace peace. The peace that came lasted for a short time, as the groups clashed on Monday night at Igbogbo, near Ikorodu, after which Femi Kuti was found dead.

Meanwhile, residents have appealed to Governor Babatunde Fashola to come to their aid and ensure that peace reigned in the area.

A resident, Mr. Ademola Awoo who spoke to The Tide said that if care is not taken, the cult boys may start attacking innocent people in the area, judging by the way they are exchanging gunshots, especially at Igbogbo.