Governors of the South-South region have collectively rejected the relocation of the petroleum University from Effurum, Delta State to Kaduna, saying the move is a negation of the equity, justice and fair play, the people are demanding of the federal government.

Speaking with newsmen in Lagos, shortly after a meeting of the South-South governors forum, Thursday in Asaba, Delta State , the Cross River State Governor and Chairman of the forum, Senator Liyel Imoke said the Petroleum Reform Bill and amnesty must address the problems facing the oil producing communities.

In his remark, the Delta State Governor, Emmanuel Uduagha said it would be difficult to convince the militants to surrender their arms if federal government policies are seen to be against the Niger Delta people.

Doctor Uduagha disclosed that the Petroleum University removed from Effurum to Kaduna had already admitted its first year students.

The Rivers State Governor, Rt Hon Chibuike Amaechi told journalists that the amnesty would not succeed with out the support of the South-South governors while his Akwa Ibom State counterpart, Godswill Akpabio explained that the governors are united in their demands for the region.

He contended that they would not allow the issue of transfer of oil well to divide them.

The forum of the South-South governors met in Asaba to deliberate on issues of common interest and to strengthen the collaborative approach to development adopted by governors of the region.

Among other resolutions, the forum also noted the absence of any specific allocation or resource, royalties or proceeds from oil exploration for the benefit of oil producing communities and oil producing states.

It also expressed disgust at the anti-oil producing states” posturing of the minister for petroleum, Alhaji Rilwanu Lukman, adding that they may withdraw from participation in the current amnesty arrangement if these issues are not addressed. 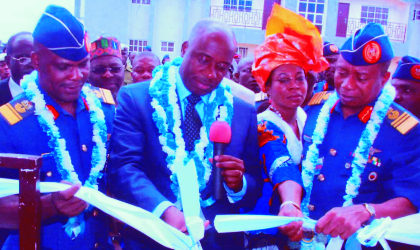