An overloaded sailboat carrying Haitian migrants sank off the Turks and Caicos Islands and as many as 85 people are missing, the United States Coast Guard said yesterday.

An estimated 200 people were aboard the boat when it capsized Monday afternoon, said Petty Officer 1st Class Jennifer Johnson, a Coast Guard spokeswoman in Miami. One survivor said the boat struck a reef as it tried to elude police.

The Coast Guard was optimistic daylight would help it find more survivors.

“We’re really hoping we can find as many people as possible,” Johnson said.

The boat had been at sea for three days when those aboard saw a police vessel and accidentally steered the boat onto a reef as they tried to hide, survivor Alces Julien told The Associated Press at a hospital where some survivors were receiving treatment.

Johnson said information from survivors indicates that the boat set out from Haiti with about 160 passengers but stopped at an unknown location and picked up 40 others. She said overloading appeared to be a factor in the accident near this island chain north of Haiti and southeast of the Bahamas.

“These vessels, they are grossly overloaded. Two hundred people on a sailboat is astronomical,” she said.

Johnson said the Coast Guard was using a helicopter, a jet and the cutter Valiant, which was sending out smaller search vessels. A C-130 aircraft was expected to join the search.

Turks and Caicos authorities reported the accident Monday to the U.S. Coast Guard, which patrols the region for drug traffickers and illegal migrants and often helps in search and rescue efforts.

Haitians routinely take to the seas in rickety, overcrowded boats in hopes of reaching the United States, the Bahamas or the Turks and Caicos to escape poverty in the Western Hemisphere’s poorest nation.

In May 2007, an overcrowded sloop carrying more than 160 migrants capsized off the Turks and Caicos Islands. Some of the victims were eaten by sharks. The 78 people who survived accused a Turks and Caicos patrol boat of ramming their vessel as they approached shore and towing them into deeper water.

In May, a boat carrying about 30 mainly Haitian migrants capsized off Florida’s coast, killing at least nine people, including a pregnant woman.

Migrants around the world regularly risk death in search of a better life. Hundreds of people die each year trying to reach the United States across the desert border with Mexico or the Florida Straits.

Hundreds more die each year on the journey from North Africa to southern Europe. One wooden boat carrying 257 migrants — including 70 women and two children sank in March only three hours from Libya, drowning more than 200 people in the Mediterranean. 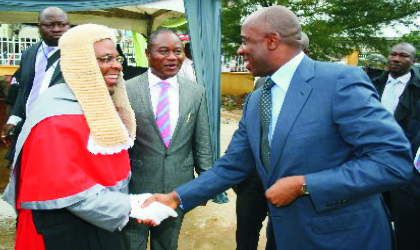