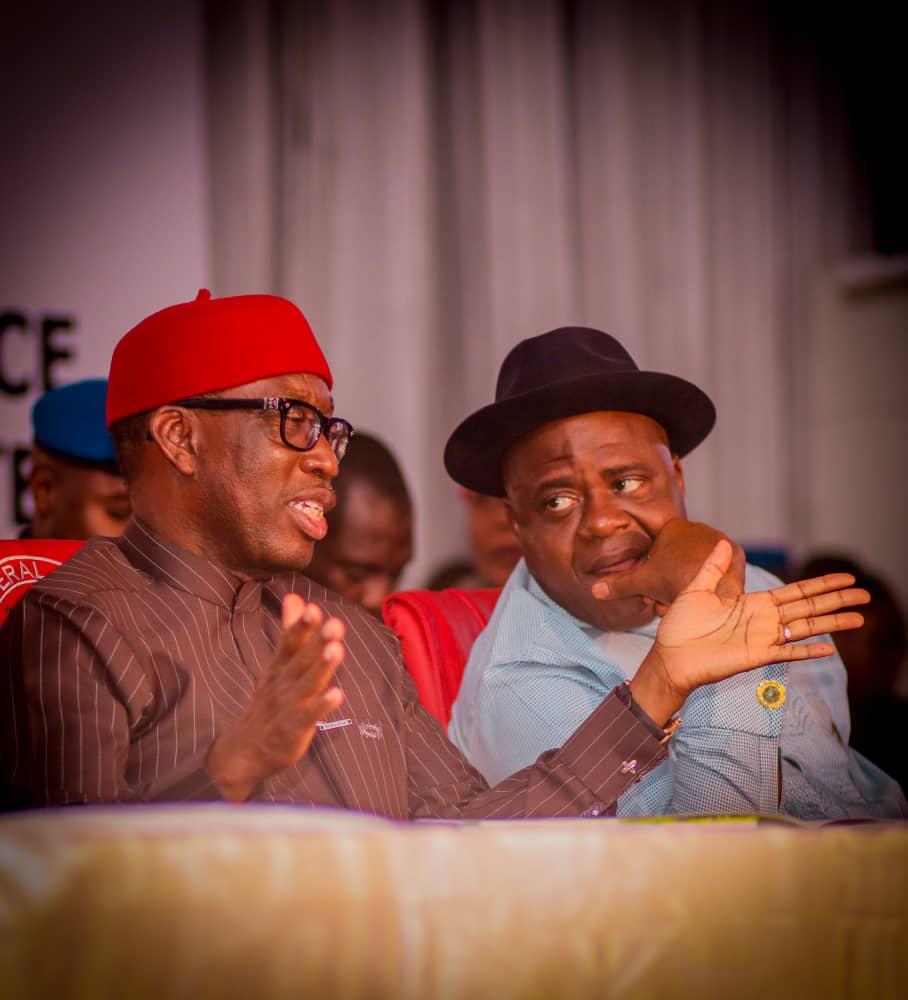 Governor of Bayelsa State, Senator Douye Diri, has warned that the State Government will dethrone any monarch or de-recognise youth associations in any community where electoral violence is perpetrated.
Governor Diri gave the warning recently before a mammoth crowd during the flag-off of the Bayelsa Central Senatorial campaign of the Peoples Democratic Party (PDP) at the Peace Park in Yenagoa.
He said monarchs were expected to remain non-partisan and neutral in political activities.
The governor in a press release by his Chief Press Secretary, Mr Daniel Alabrah, said that politics should be about exercising one’s franchise through the ballot and not about violence and death.
”They said they will use guns again. Can they use guns to chase you out again?
“Any traditional ruler in whose domain politicians use guns to chase away members of any political party will be deposed. After now, l will take the action through my Deputy Governor, who is in charge of chieftaincy affairs.
“Youth associations of such areas will also be de-recognised. I mean every word of this warning. Traditional rulers should remain apolitical and our youths have to be disciplined. Politics does not mean killing your brother but to use your voter’s card”, he said.
On aspirants that ignored the party’s constitution by resorting to litigation, the governor advised them to jettison their action, urging them to always use internal mechanisms in the party to resolve disputes.
Diri enjoined those who are aggrieved to sink their differences and unite to make the party more formidable for the upcoming elections.
“I represented the Yenagoa/Kolokuma/Opoku-ma Federal Constituency for four years before my successor, Prof. Steve Azaiki, took over. Now, there is peaceful transition from Azaiki to Oforji Oboku.
“Our party’s constitution is very clear on such issues – use internal mechanisms to resolve every dispute. We are the same family and l urge you to jettison litigation and come back to the PDP fold”, Governor Diri added.
The state’s helmsman also enjoined Bayelsans to turn out en masse to vote for all PDP candidates at the Presidential, Senatorial and state House of Assembly elections.
The governor charged party agents, who he described as the livewire of the party, to be vigilant during the elections while expressing optimism that the use of the Bimodal Voter Accreditation System (BVAS) would go a long way in checking electoral malpractices.
He also called on PDP supporters to turn out in their numbers during the party’s presidential candidate, Alhaji Atiku Abubakar’s campaign rally in the state on January 23.
In his remarks, state chairman of the PDP, Mr Solomon Agwana, implored party faithful and supporters to work hard to deliver all its candidates at the elections.
He noted that Bayelsa is a stronghold of the PDP and that under the leadership of Senator Diri, it has worked relentlessly to provide good governance, thus giving hope to Bayelsans.
Also speaking, the Director-General, Bayelsa Central PDP Senatorial Campaign Council, Tonye Isenah, said the era of winning elections through electoral violence was over and urged all to take the campaigns to all parts of the state.
According to him, the Diri administration has made the campaigns easy as it has recorded achievements in infrastructure development and other sectors of the economy.
Candidates who were presented the party’s flag include Dr. Konbowei Benson (Bayelsa Central Senatorial District), Oforji Oboku (Yenagoa/Kolokuma/Opokuma Federal Constituency) and Rodney Ambaiowei (Southern Ijaw Federal Constituency).
House of Assembly candidates in Kolokuma LGA that were presented flags were Pamoh Werinipre ( Constituency 1) and Wisdom Fafi (Constituency 2).
In Southern Ijaw, candidates presented flags were Bonny Ayah (Constituency 1), Monday Obolo-Bubou (Constituency 2), Marlon Moses (Constituency 3) and Macdonald Igbadiwei (Constituency 4).
Ayibanengiye Egba (Constituency 1), Ebiuwou Koku-Obiyai (Constituency 2) and Ted Elemeforo (3) all received the party’s flag in Yenagoa.