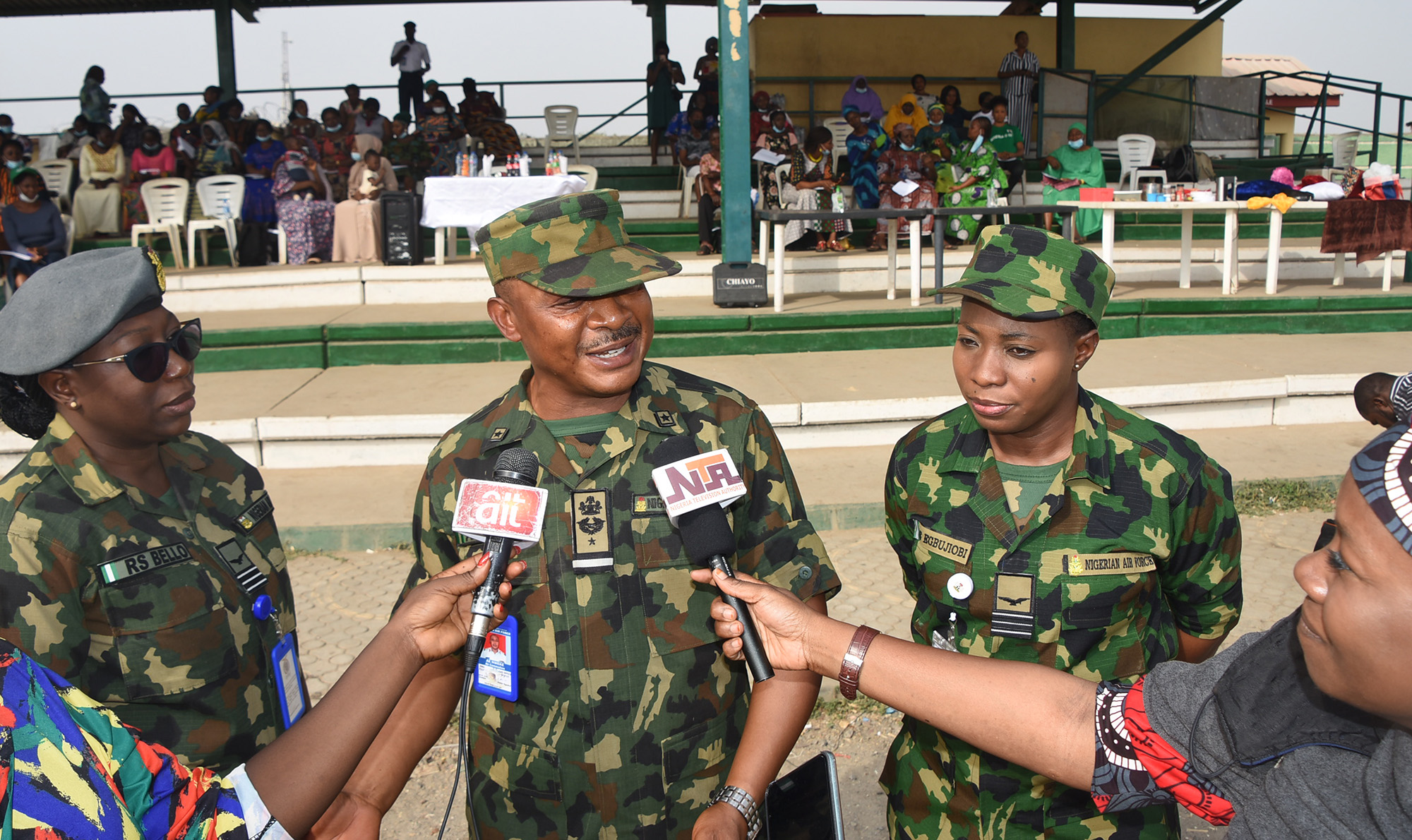 The Military Pensions Board (MPB) has said it has commenced payment of the first and second tranches (that is, for 1st and 2nd quarters of 2023) of the Security Debarment Allowance (SDA) to eligible military retirees/Next of Kins (NOKs), of deceased military personnel.
The board’s Chairman, Rear Admiral Saburi Lawal, disclosed this in a statement made available to newsmen in Makurdi, yesterday.
He explained that the gesture followed the approval given by President Muhammadu Buhari for the payment of the SDA to military retirees who originally were not covered by November 9, 2017 effective date and the agreement reached the ensuing tripartite meetings of the Ministry of Defence, Finance and representatives of the Veteran Associations.
Lawal said the payment, which also fulfils the Presidential approval of the provisions of the reviewed Manual of Financial Administration (MAFA) 2017, commenced, yesterday.
According to him, the beneficiaries of the payments are military retirees on the MPB database who retired before November 9, 2017, deceased military retirees who were alive when the MAFA was signed on November 9, 2017 and non-pensionable retirees who retired before November 9, 2017 but were only paid gratuities.
The SDA, he said, is calculated as a function of 10percent of the retiree’s annual basic salary at the time of retirement multiplied by the number of years served in the services.
The chairman urged all concerned military pensioners and NOKs of deceased military personnel to contact their banks for their entitlements.
The board on behalf of the military pensioners, thanked the President for his immense support, most, especially to military retirees and the NOKs of deceased military personnel.
The board appreciated the Minister of Defence, Maj Gen BS Magashi (rtd), Minister of Finance, Budget and National Planning, Hajiya Zainab Ahmed, the Chief of Defence Staff, General Leo Irabor as well as the service chiefs for their constant support and interventions towards ensuring that funds for the arrears of the SDA are appropriated for in the 2023 Appropriation Act and cash-backed for immediate payment.
Lawal commended the military retirees for their patience and understanding during the process of getting funds for the commencement of payment of the outstanding allowance, and pledged that the board will ensure prompt payment of subsequent tranches of the arrears, once funds are made available.