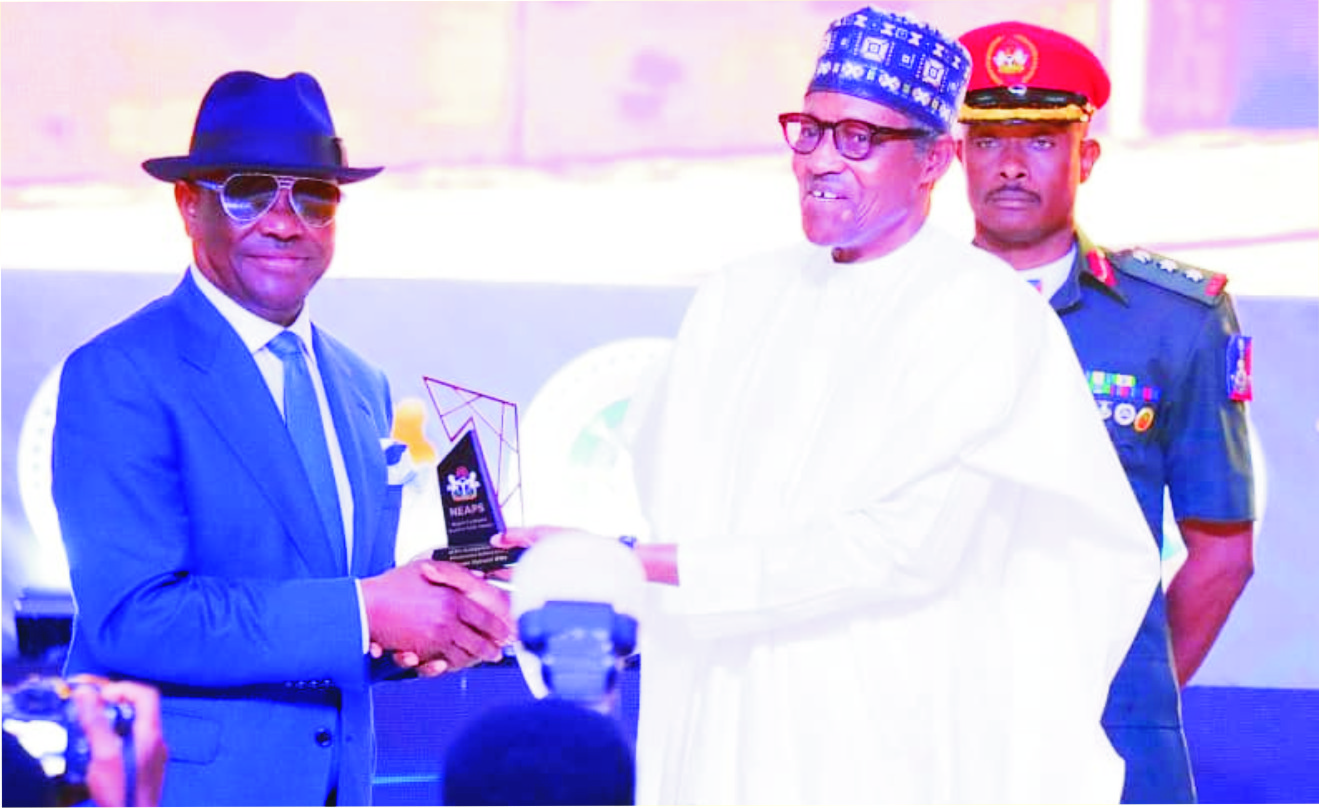 The organisers of an annual media awards in Bayelsa State called “Bayelsa Media Network Awards” (BMNA), says the Rivers State Governor, Chief Nyesom Wike, is one of the nominees for the 2022 edition of the event.
The award, which is the 4th in series since it began about five years ago, is a yearly award put together by notable media stakeholders in the state to honour deserving private and public office-holders and others who have distinguished themselves in their chosen careers and professions.
A statement made available to newsmen in Yenagoa, the capital of Bayelsa State, and host city of the award, by the Project Manager, Mr. Blessing Ozegbe, stated that the rationale behind the awards was the need to recognise and further boost the morale of Nigerians who have excelled in their various fields of endeavour and have impacted humanity.
Ozegbe noted that preparations for the 2022 edition of the awards have reached advanced stage, assuring that only credible individuals will be recognised and honoured.
He described this year’s awardees as “hardworking, competent, resilient, visionary and persons that have displayed exemplary leadership qualities and character”.
The Project Manager noted that the recipients were selected after an independent and transparent monitoring and investigative process which was devoid of any form of lobbying.
An elated Ozegbe, who was upbeat about a successful occasion this year, also gave the names of some of the recipients aside the Rivers State Governor as Dr. Gloria Diri, Wife of the Bayelsa State Governor; Senator Lawrence Ehwrudjakpo, Deputy Governor of Bayelsa State; Sen. Degi Eremienyo, Senator Representing Bayelsa East Senatorial District; and His Royal Majesty, King Biobelemoye Josiah, Ogbodo the (VIII), Amanyanabo of Opu-Nembe (Bassambiri) Kingdom.
Others, according to the organisers, are; the Chief Whip of the Bayelsa State House of Assembly, Hon. Ebiowou Koku-Obiyai; Chairman, Bayelsa State Local Government Service Commission, Chief Lambert Ototo; Executive Chairman, Ahoada-West Council area of Rivers State, Hon. Hope Ikiriko; and his Vice Chairman.
Also to receive awards are the Bayelsa State Commissioner for Education, Dr Gentle Emelah, and his counterparts from the Ministries of Health and Culture and Tourism, Dr. Pabara Igwele and Dr. Iti Orugbani, respectively.
The organisers also mentioned other awardees as H.R.H Sunny Jacob, Paramount Ruler, Edagberi/Betterland Community, Rivers State, Pst.Mercy Dan, H.R.H Egbekun Blessing, and Asp. Oguche Emmanuel.
The organizers noted that the ceremony would take place at the Ernest Sesei Ikoli Press Centre, NUJ Secretariat, Azikoro Road, Ekeki, Yenagoa, Bayelsa State, on December 26th 2022.
They urged all Journalists and well wishers to grace the event.