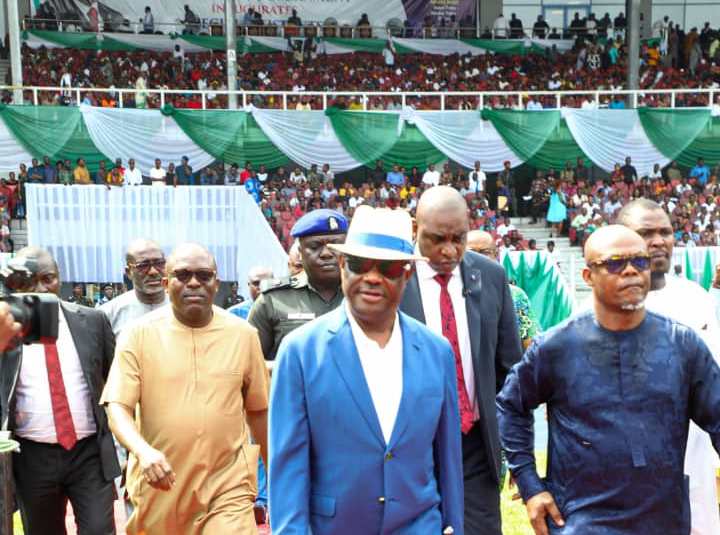 The Coordinator of Patriotic Movement(PM), a grassroots political group campaigning for the All Progressives Congress (APC), Alhaji Isa Mohammed Enyindah, has dumped the party for the Peoples Democratic Party (PDP).
Alhaji Enyindah, defected with seven Local Government Area coordinators and their members numbering about 3000.
Members of the group who defected to the PDP were received by the Chairman of Ikwerre Local Government Area, Engr. Samuel Nwanosike, at Elele.
While receiving them, Engr. Nwanosike described the PDP family as the right place to belong to, saying that they will not regret coming to work with the right party.
He thanked the Coordinator for taking the decision on time.
Earlier, Alhaji Enyindah said he took the decision after due consultation with his supporters.
According to him, looking at the infrastructural development embarked upon by Governor Nyesom Wike, it will be unfair to remain in the opposition, noting that he considered it expedient to support and appreciate him.
“Considering the excellent performance of Governor Wike in the state and what Engr Nwanosike has done in Ikwerre LGA, it will be unfair to remain opposition, hence there is need to join hands with them to do more.
“Clearly, anyone or group opposing or fighting Governor Wike after seeing his achievements, that person or persons is an enemy of the State.
“As I speak, over 3000 of my members and their coordinators from Emohua ,Etche, Omuma ,Ikwerre ,Obio/ Akpor and Port Harcourt City are here with me to work for PDP.
“We are people you can’t buy our conscience with money. It is a blatant lie for anyone to allege that we were given money by Governor Wike”, Alhaji Enyindah said.

Earlier ,the leader of PDP in Ward 4 in the LGA, Jacob Amadi described the defection of Alhaji Enyindah and his supporters as home coming.