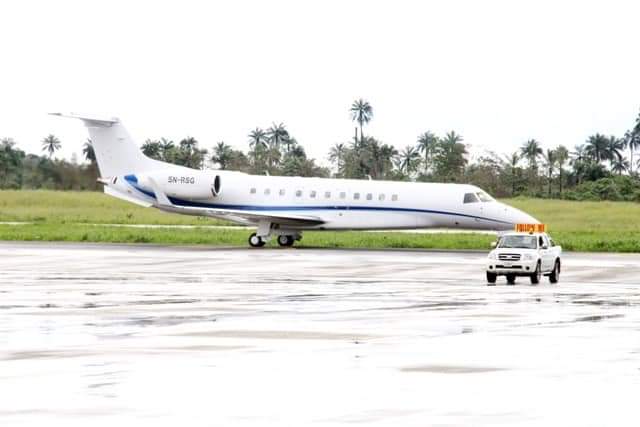 Prices of flight tickets that were very high few months ago at the Port Harcourt International Airport, Omagwa, have been drastically reduced, The Tide can authoritatively report.
The tickets prices which went up so high as between N100,000 and N120,000 for the economy class within July and early November, when the Dana and Aero Contractors airlines were not in operation, have now come down to between N50,000 and N60,000.
It was gathered that the absence of the Aero Contractors and Dana, that used to create competitive business environment at the airport, gave room for other airlines to hike prices.
The resumption of the Dana airline, alongside the plan of the Aero to resume flight operations this December, have given room for adjustment of prices, which has crashed down drastically.
As at Friday, The Tide’s findings showed that the prices for the economy class for both Abuja and Lagos passengers has fallen to N50,000 and N55,000 and all the airlines are now competing for passengers.
Reacting to the development on Friday in a chat with The Tide, a travel agent at the airport, Triumph Igonokom, said what is playing out with regards to crash of price of flight ticket was business competition.
According to him, where there is no competition in any business, Monopoly oppression must arise to determine and control the market, and that everybody will be compelled to do the bidding of the leading marketer.
“You look at what is playing out in the cement and flowers business, where the Dangote and Bus have been given free hand by the Federal Government to control the market, without a favourable competition. They determine the prices at will, and everybody must comply.
“That is the same scenario that is obtainable in this airport. Dana Airline and the Aero Contractors kept the environment very competitive, and since Dana resumed, and with the notice of Aero resuming this time, see how the prices have come down very well.
“I was surprised to see that the ticket has come down to N50,000 for the economy class in virtually all the airlines, when I went to book for tickets for my clients today. That is what competition will bring to the business environment”, he said.